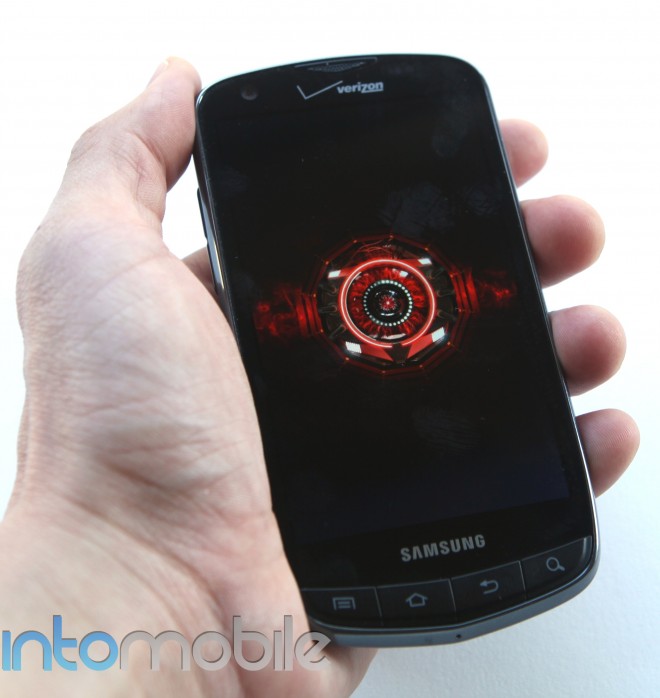 The much-awaited Samsung Droid Charge will go on sale for Verizon Wireless May 14 for $299 on a two-year contract and this will be the second smartphone to support the 4G LTE network.

The HTC Thunderbolt was the first 4G LTE smartphone and many expected the Samsung Droid Charge to follow it up last month. The major 4G LTE outage last month definitely put a delay in the release of this device. And what a device it is.

The Samsung Droid Charge sports a 1 GHz single-core processor, a 4.3-inch Super AMOLED Plus display, 8-megapixel rear camera, front-facing camera, Android 2.2 with TouchWiz and the ability to use the device as a mobile hotspot for up to 10 device. Of course, the big appeal of this device is the 4G LTE connectivity and this has provided me super fast mobile data.

In my review of the Samsung Droid Charge, I was consistently getting over 7 Mbps download speeds in and around San Francisco. Sometimes I even saw it get past 20 Mbps on peak burst speeds.

I was also surprised that the device was able to maintain a full day’s battery life even with 4G LTE usage but I’m starting to change my tune on that. I used to be able to get 9 a.m. to 9 p.m. battery life with the Charge but the last few days have been absolutely horrible – we’re talking 8 a.m. to noon.

Of course, I’ve been riding it hard with the new Google Music Beta service and downloading tracks over 4G LTE, so I guess some of that is inevitable. If you’re considering this device, you’re going to have to be on point of your task management or you’re going to need to have multiple chargers.

Any of you interested in picking up the Samsung Droid Charge? Is the $299 price tag a little too much?

AT&T would give T-Mobile $6 billion in cash, assets and services if its proposed acquisition doesn't go through. Yesterday we...