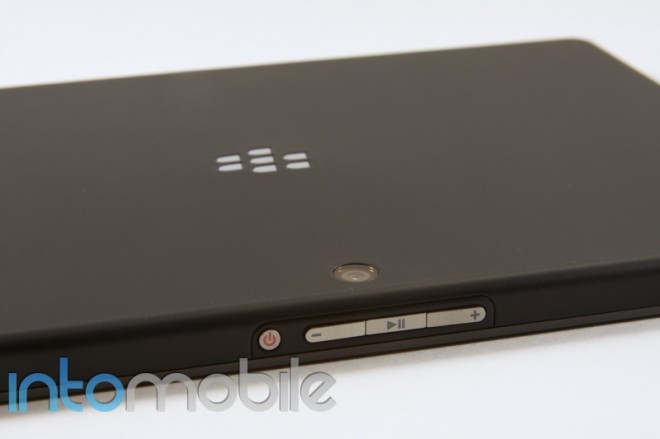 Word has it from an anonymous big box retailer that the BlackBerry PlayBook is missing internal sales targets by 90%, and that 7% of those that do sell are being returned – way higher than the Motorola Xoom, appraently. To be fair, this is only one retailer, and analysts have actually been very optimistic about early sales, estimating 250,000 have been sold in the first month.

The BlackBerry PlayBook was launched to mixed reviews, primarily based on glitchy software and poor app selection, but the hardware is solid: it’s got a dual-core 1 GHz processor, 1 GB of RAM, a 3 and 5 megapixel camera (both capable of 1080p video recording), and a responsive 7-inch 1024 x 600 display. Specs aside, the app selection has categorically improved since launch, and though we’re still waiting for stand-alone e-mail, calendar, and contacts apps, the last few patches have smoothed over many bugs in the QNX-based operating system. Take a look at our full review of the pre-release version here.

Reports like this are important to gauge just how successful RIM has been with their first product, but we won’t know exactly where it stands until quarterly numbers are reported. Based on what you guys have seen in the wild, has the PlayBook been as big of a flop as this retailer is making it out to be, or are the PlayBook owners you know been happy with their purchase?

Update: I just got a statement from RIM replying to the story:

The source of the reported comment is anonymous and unknown to RIM, but the comment is certainly inconsistent with the positive feedback we have received from our main retail partners. As previously indicated, RIM will provide a business update on BlackBerry PlayBook results on June 16.

For reference, here is a public statement recently offered by Best Buy:

“Best Buy has had great success selling BlackBerry smartphones in North America, so our sales expectations for the BlackBerry PlayBook were very high. To date, we have far exceeded those expectations and we’re finding that customers are even more interested in purchasing once they’ve tested the PlayBook in the store.”

That kind of response is to be expected, but is it possible that this one anonymous retailer is just plain bad at selling PlayBooks?

A new class-action lawsuit is targeting AT&T and it claims that the carrier is overcharging iPhone users by as much...