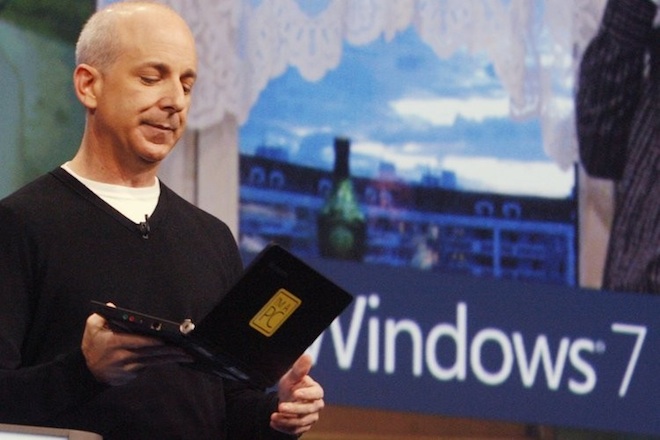 Apple’s got the iPad, Google’s got Honeycomb, but what about Microsoft? They released tablets eons ago, but back in those days they were nothing more than notebook computers without a keyboard, meaning they inherited many of the same problems that notebooks from previous generation had: they were slow, expensive, hot, and loud. All that’s due to change according to a rumor from Bloomberg, who says that Steven Sinofsky, President of Microsoft’s Windows client division, will be at the All Things Digital conference that kicks off this coming Tuesday and will be showing off a future version of Windows running on a tablet device with an NVIDIA Tegra inside. Said version of Windows will feature a touch optimized user interface similar to that found on Windows Phone. If Sinofsky goes through with this, we fear he may be making a terrible mistake since rumor has it that the next version of windows isn’t going to hit the market until the second half of 2012, making whatever he shows off next week one of the biggest technological cock teases this industry has ever seen.

By the end of 2012 we’ll already be talking about iOS 6, the 3rd generation iPad, and who knows what dessert Google will come up with to name their future version of Android. Which isn’t to say that Microsoft’s late entrance into the tablet game is going to hurt them in the long term. If they come up with a compelling enough product, then they’re likely to attract attention. Let’s not forget that this isn’t a mobile operating system being pushed up to support larger screen devices, this is full blown Windows we’re talking about, so the amount of applications due to be available and supported is set to be gigantic, despite the fact that they’ll have to be rewritten for ARM.

When it comes to RIM's smartphones these days, most eyes are on the recently-announced BlackBerry 9900 Bold, but there are...