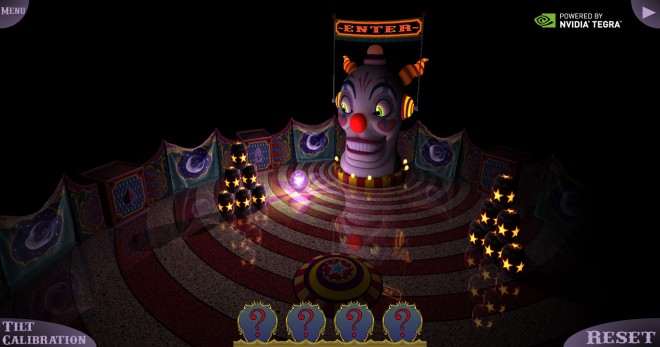 With dual-core all the rage in smartphones and tablets these days, one would think that these powerful CPUs would have some breathing room before the next best thing came out. Well, NVIDIA has other plans in mind and have shown off its quad-core processor, Kal-El. Not only does this powerful system on chip hold four CPU cores, it also delivers an unrivaled gaming performance that leaves dual-core processors shaking in their boots.

Kal-EL not only has four CPU cores, but a twelve-core GPU that’s capable of playing 3D stereo and games that have never been seen on mobile devices today. We got a glimpse of what the power of Kal-El will bring to the table in the form of an upcoming game for the Android Market called Glowball. Glowball takes advantage of the processor in virtually every way it can, from dynamic light rendering to stunning physics, all in real-time. This has never been possible on a mobile device before and it truly shows how dedicated NVIDIA is to the mobile space.

The Glowball demo shows just how dynamic light rendering can affect a 3D environment, and is stunning to see in action. For example, you can change the ball’s color, and since the light source of the game, the environment around it will also realistically change as the ball moves around. The demo also shows how the physics engine works and how objects will be able to interact with one another. Needless to say, the realism shown within the demo just cannot be matched.

The video below also shows what it would be like if one were to play the game with only two cores. By turning two cores off of the Kal-El the game isn’t even playable and the frame rate drops dramatically. Even with the power of the Tegra 2, the gaming experience like Glowball wouldn’t be nearly as enjoyable and we’re still reeling over how much we love NVIDIA’s dual-core processor.

Enough of me blabbing about how great Kal-El will be. Watch the video below to find out for yourself!

So who is holding off on their tablet purchase until this beast comes along?

The Carphone Warehouse is organizing a clearance sale in the UK. The mobile phone retailer has some awesome deals, though...