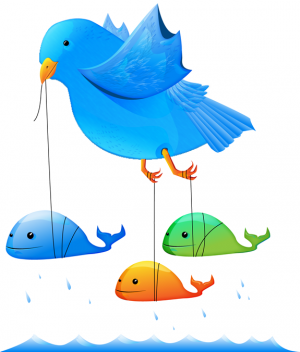 Twitter is all set to roll out its own photo-sharing service and TechCrunch is now reporting that this will be rolled out as a baked-in sharing option of iOS 5.0, which will be shown off at next week’s WWDC conference.

The Twitter photo-sharing service is aimed at giving the company more control over its ecosystem. There are multiple third-party services like TwitPic or Yfrog which share millions of photos a day via Twitter links but the micro-blogging company hasn’t been shy about crowding into developers’ space. It has purchased Twitter apps before in order to compete with some of its own developers.

The latest rumor is interesting, as integration with iOS 5.0 would make the Twitter photo-sharing service much more useful. This would mean you can snap a photo (or maybe a video), hit the share button and have a “share to Twitter” option alongside the other options. This would be a big boon for the Twitter photo-sharing service because the iPhone is increasingly being used to take and share photographs.

If you’re like me and use Android primarily, you’re probably wondering: What’s the big freaking deal? Unlike Android, it’s not quite as easy to hook into some of the core functions of iOS in the same manner. If iOS 5.0 has Twitter integration and photo-sharing on the API level, it could make life a lot easier for some developers.

We’ll know soon enough what the deal is, as the photo-sharing service should be unveiled later this week and we’ll be live-blogging the WWDC keynote. Stay tuned.

Plants vs. Zombies launches on Amazon Appstore for Android for free today only

Earlier this year, we attended a super secret PopCap Games event in New York City to see some of their...