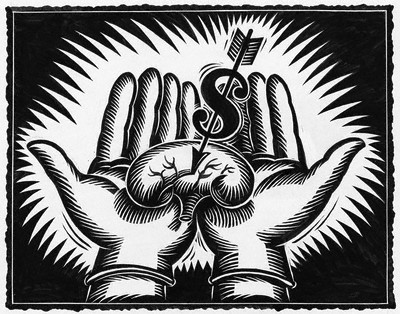 At one point or another, we’ve all said that we’d give an arm and a leg for a new toy or perhaps a vacation. But what about giving up a critical internal organ? Apparently, to one 17-year-old boy in China, an iPad 2 was totally worth one of his kidneys. Unfortunately, the kid is now sick after he gave up his kidney at a hospital that wasn’t qualified to perform the surgery.

“I wanted to buy an iPad 2 but could not afford it,” said the boy surnamed Zheng in Huaishan City. “A broker contacted me on the Internet and said he could help me sell one kidney for 20,000 yuan.”

After the procedure was performed at the ill-equipped Chenzhou No. 198 Hospital, Zheng received 22,000 yuan for his parts, or roughly $3,400 USD. But how did a surgery take place at a hospital that isn’t qualified to perform kidney surgery?

According to Chenzhou No. 198 Hospital, the department that performed the procedure was contracted to a Fujian businessman, presumably the broker that contacted Zheng and is now out of touch and unreachable. While the case is still under investigation, I’d guess that the broker made out like a bandit and is probably long gone.

In the midst of a site redesign, Motorola accidentally showed off a bunch of upcoming products (or at least some...