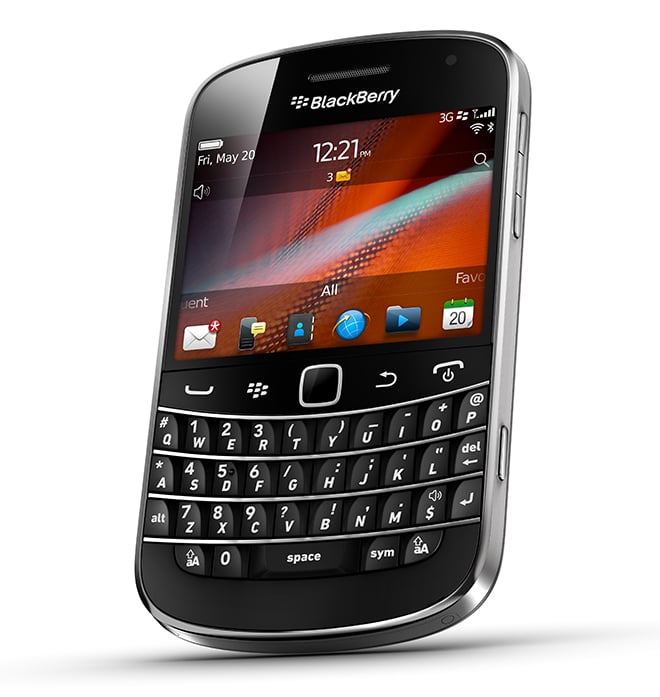 Multiple anonymous sources have confirmed that the BlackBerry Bold 9900 won’t be hitting store shelves until September. Although that’s still arguably within the “summer” timeframe iterated in the 9900’s launch press release, it’s still a ways off, and a bit disappointing when we’re waiting on lots of other RIM hardware, like the Torch 2 9810 and Curve Apollo.

The Bold 9900 is the first in a whole new line of next-gen BlackBerry devices built with faster processors, smoother graphics, near-field communications, and support for augmented reality apps. The 9900 in particular has a 5 megapixel camera with a 720p video recording, a 1.2 GHz processor, a 2.8-inch 640 x 480 touchscreen,  8 GB of internal storage plus microSD, 768 MB of RAM, plus the usual fare like HSPA+, GPS, and Wi-Fi b/g/n with mobile hotspot.  We got some hands-on time with the Bold 9900 last month, if you want to see how it runs.

Going the next couple of months without a new BlackBerry smartphone going on sale would be bad news for RIM, especially if no WiMAX PlayBook lands on Sprint this summer either. Lately RIM’s stock has been taking a beating, and even if this rumour turns out to be untrue, it will hurt investor sentiments and BlackBerry loyalists alike. Any diehard BlackBerry fans willing to wait until September to pick up the 9900, or are you at the end of your rope and looking at Android or iPhone?

Interesting news this morning concerning Android 3.1 and the Samsung Galaxy Tab 10.1. Rumor has it that both the software...