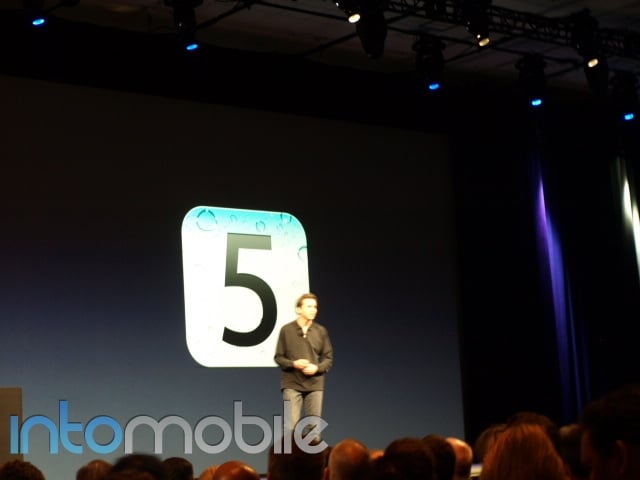 Today Apple announced iOS 5 at WWDC 2011 and it comes with a number of new features and improvements. The most important new feature, arguably, is the iOS notification system. For years it has been a pain in the rear for most iPhone, iPad and iPod touch users. Whenever a notification would come in, it would be right in your face and you had no choice but to deal with it right then. If you were in the middle of a game or movie, it was annoying. That has all changed, along with a number of other things, so read on to see what’s new!

Imitation is a form of flattery, so the folks at Google must be feeling pretty smug today. The new iOS notification system is called Notification Center and shares some similarities with Android, where you swipe down from the top of the screen to view your notifications. From there, you can see text messages, e-mails, voicemails, Facebook notifications and more. Apple has also added stocks and weather info, too, so you can get that at a glance.

You can also change what you see in Notification Center, so if you want to see notifications from certain apps and ignore others, you can. And to open up a notification, you just swipe it with your finger and it takes you right to the app.

Wouldn’t it be sweet if you could get all your magazine and newspaper subscriptions all in one place on your iPad or iPhone? Well, actually you can, and it’s called Newsstand. Apple has created a special place in the app store for the magazines and newspapers, and it goes straight into your Newsstand. Additionally, when new issues arrive, they are downloaded in the background so you can tend to other things while you wait for the content to arrive.

Twitter has now been deeply integrated within iOS. The popular social networking service can be used to share status updates, photos, location and other items of interest, and Apple has given users the option to do so from within native apps. As an example, when you shoot a photo within the native camera application, you’ll have the option to share the picture on Twitter – something that Android and BlackBerry have been doing for quite some time.

The integration works much like it does on Android, which is via single sign-on. Once you’ve signed into your Twitter account in the settings, the apps that support it within iOS will be connected automatically so you can share items from within those apps. You can tweet from your camera, the picture gallery, YouTube, Safari and even within Maps. Twitter is even integrated with contacts.

Mobile Safari is undoubtedly one of the best, if not the best, mobile browsers out there. Safari comprises 64% of mobile browser usage, while Android only holds 27% — the rest is small enough that they’re lumped together in the remainder. So, Apple decided to add a few new tweaks and upgrades to it. The first is Reader, which reformats text into a more readable layout, and it also allows you to e-mail contents of a story to your friends and family.

The second new feature in Safari is Reading List. It’s like Instapaper, where you can mark things to be read later. If you’re reading something on your computer, for example, and you need to get going, you can finish reading the same article on your iPhone or iPod touch. You mark them to be read later, and they’re all easily accessible within a list. Best of all, it works across iOS and OS X, as it should, given the nature of how it operates.

Finally, Apple saw it fit to include full tabbed browsing. Gone are the days where you have to hit a little button and swipe through several windows just to get to the webpage that you need. It makes it look more like Safari on your notebook or desktop, which makes the melding of the mobile and desktop browsers a little more complete.

Don’t have enough to-do list apps? Apple has you covered with Reminders. The cool thing is that this app looks like it might support location-based awareness – that is, if you’re near a place that is on your list of errands, you will be notified by the Reminders app. It’s simple, short and sweet, but it definitely adds to the things you wish your phone did natively, but didn’t.