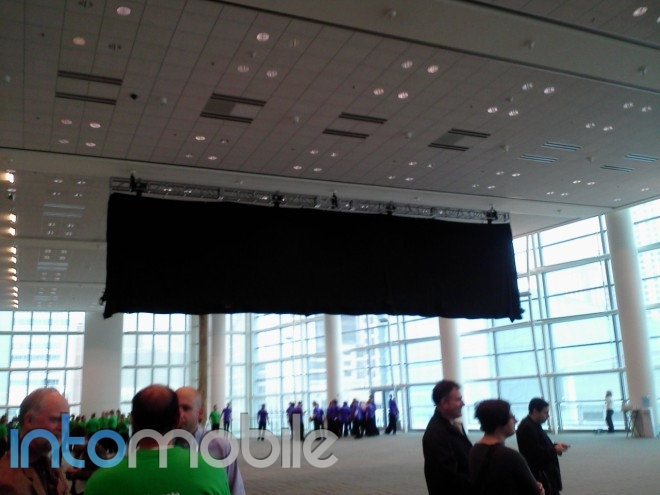 At WWDC 2011 this morning, we spotted these large banners covered with a black shroud. We know the event is going to cover Lion, iOS 5 and Apple’s new iCloud service, so what else could it be?

There has been no mention of a new iPhone scheduled for this event, and the past few months have been filled with rumors saying that it won’t be arriving until fall or early next year. It’s really hard to say if these are for the iPhone, but I do have my fingers crossed! After all, since the release of the very first Apple smartphone in June 2007, the Cupertino-based company has been releasing the iPhone-like clockwork every summer.

[Update] The live blog is over and it was wild with new features shown off of Lion, iOS 5.0 and...