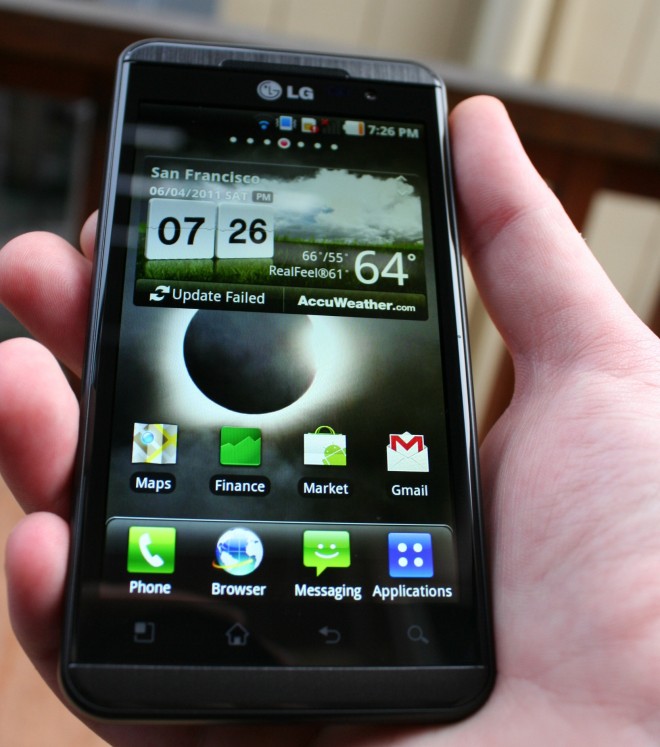 While most of the US is patiently awaiting the HTC EVO 3D, we’ve been playing around with the LG Optimus 3D for a while now. While the official review is still in the oven, we wanted to give show you the 3D-toting phone next to some of our favorite Android handsets.

For the most part, we’re going to let the pictures speak for themselves and you can draw your own conclusions, as this is mostly for fun than anything.

First up, we put the Optimus 3D against the HTC EVO 4G and T-Mobile G2X to compare the size of the phones. 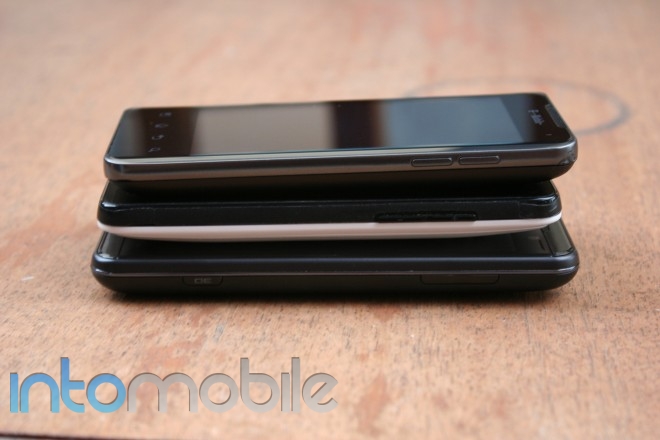 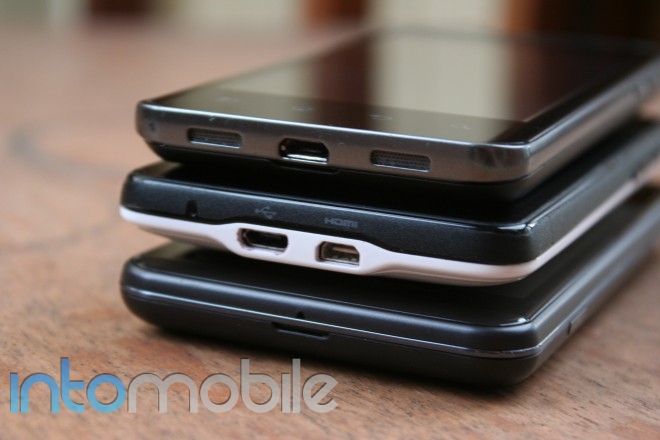 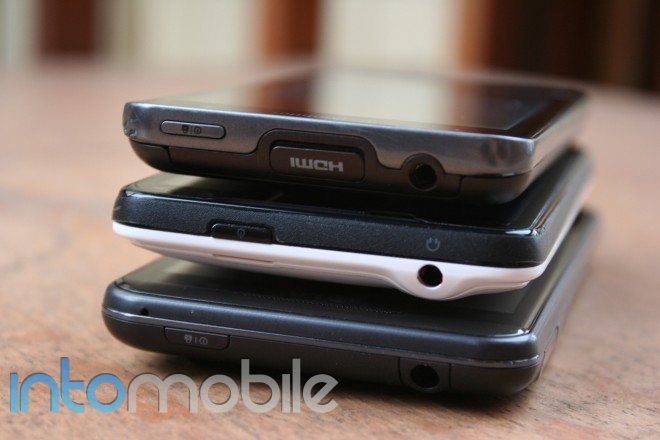 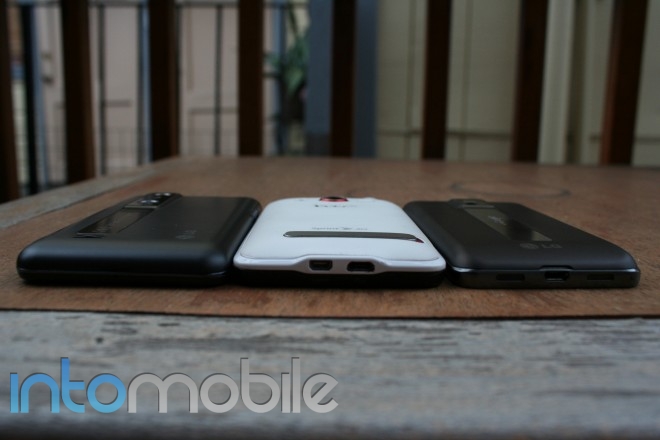 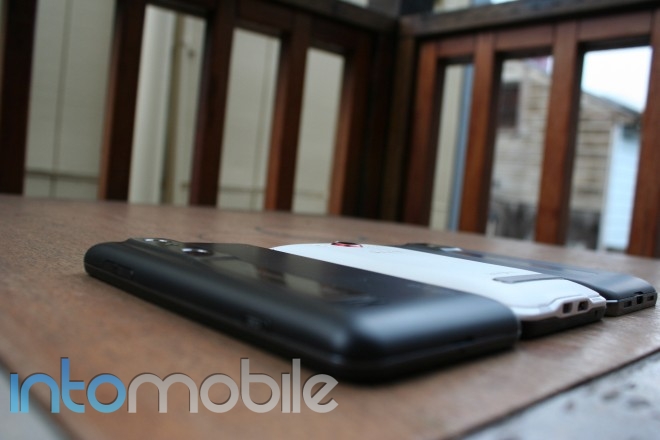 The EVO 4G takes the cake as the thickest handset above, mostly due to its rounded back. The O3D is just slightly thicker than the G2X, surprisingly enough. Looks can be deceiving and while the O3D is heavy and large, it’s not as thick as you may think.

Next we wanted to see just how well the O3D’s display performed against some other displays. The EVO 4G (LCD), T-Mobile G2X (IPS), and the MyTouch 4G (Super LCD) are all compared to the Optimus 3D’s glass-free 3D display below. 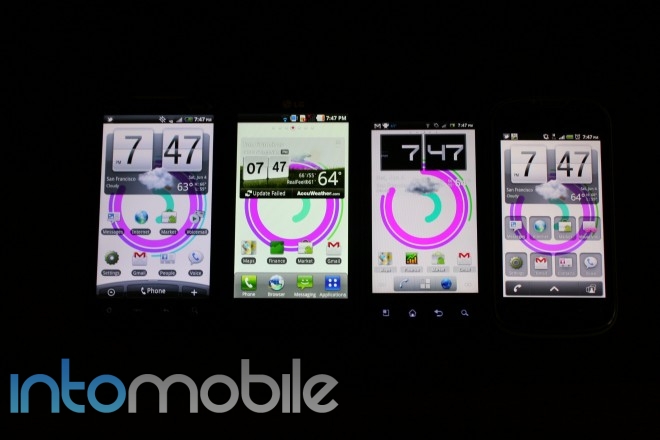 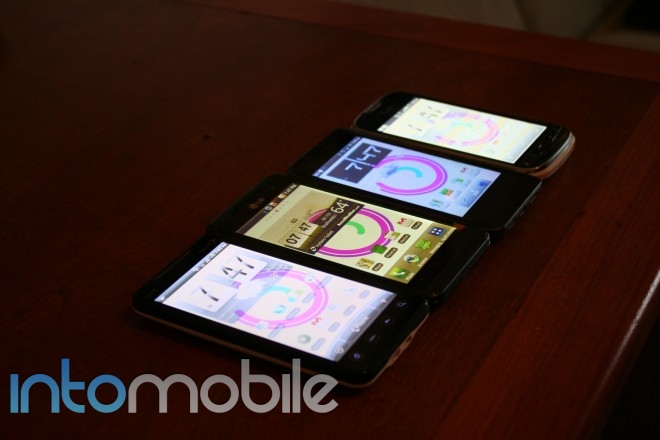 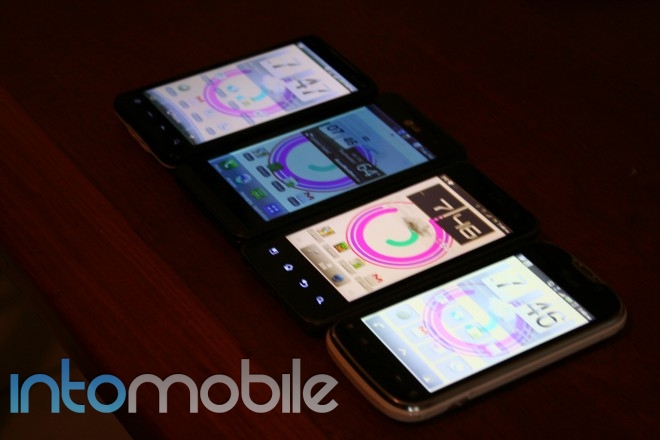 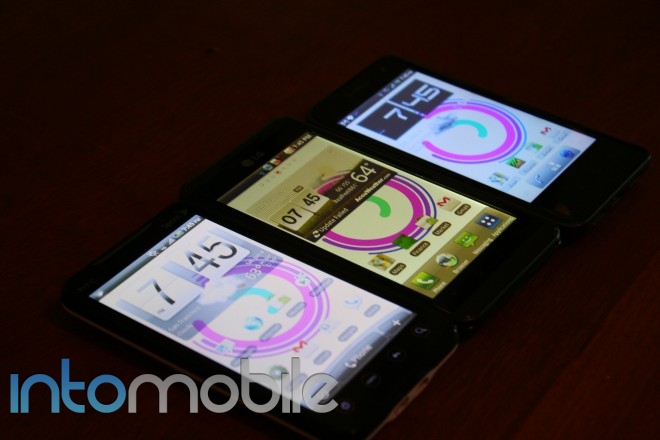 Interesting enough, right? While we’ll let you come to your own conclusions about the displays shown above, the O3D was pretty surprising in the pictures. Either way, you likely won’t be looking at your handset from these angles any time soon, especially if you’re trying to use 3D. There were no specific tests to tell which display is superior over another. We just saw the drastic differences of the displays at an angle and decided to show the world.

It will be interesting to see whether the upcoming EVO 3D has similar, chameleon-like color changing display depending on the angle, like the Optimus 3D. Either way, HTC’s offering will feature qHD display, making issue a bit more forgivable if its present. We’ll soon put the two handsets head to head for a full head to head battle but until then the pictures above will have to tide you over.

Video: The “Do Not Call/Text During The Movie” PSA that one cinema chain in Texas plays before films

Culture, which many philosophers, creatives, and political leaders have tried to define since the dawn of man, is under attack....