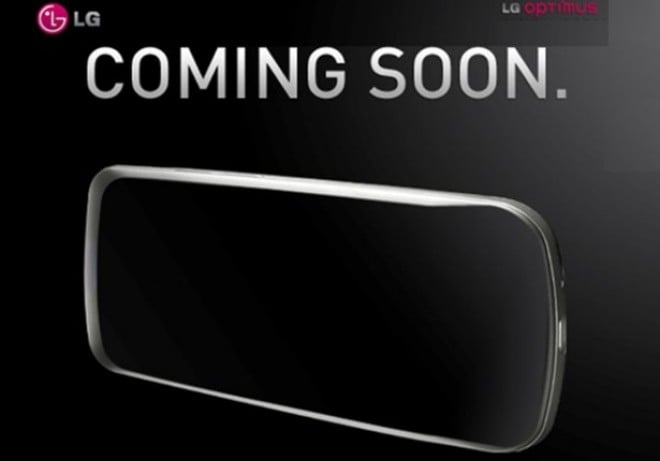 Either it’s a slow Tuesday, or people have really short memory spans. Recently a picture began to resurface from LG, and for some reason people began to say a lot of things about the picture that is now almost a year old. From thoughts that the device will be the Optimus Slider to the next Nexus device, it’s time to revisit this past September.

This picture was sent out as a part of an invite for an upcoming announcement from LG on September 14th, 2010 to clarify anything you may have been told today. At the time, we weren’t sure whether to believe if this was a phone or a tablet, but it was certainly and interesting device.  All we got on that date was the Optimus One and Chic‘s specs and availability.

Fast-forward to last week where a button-less handset made its way to the net and the world went crazy for a minute. The reasoning could be that the next version of Android, Ice Cream Sandwich, will not require physical buttons like Honeycomb. While this was exciting to see, the two pictures are not one in the same, as LG would not be announcing a Nexus device – or even hinting at one until it was good and ready. Otherwise it would be stealing the thunder of the not even announced at the time Nexus S and it’s really just funny to assume otherwise.

So what caused this revival? Apparently a LG employee posted the picture above in some forum and since everything you find on the internet is true (only not at all), many people decided to run with it. While LG’s name has been popping up recently in regards to a potential Nexus tablet, it’s nothing but rumors and there’s nothing to back it up. We honestly wouldn’t be very surprised if this turned out to be true, but we seriously doubt that LG would preview a handset almost a year before it’s announcement.

So for those who jumped onto the bandwagon and thought that this old picture was the next Nexus device or something else, you’re mistaken. Now, LG, feel free to release a real photo or render of what you’ve been working on. We’re waiting.

We know that the Windows Phone Mango update will be coming in the Fall and Microsoft will continue to drip...