Apple iOS 5 is slowly but surely coming together as beta 2, which was released to developers recently, includes Wi-Fi sync and the framework for over-the-air (OTA) updates. These features were announced during Apple’s iOS 5 presentation at WWDC 2011, and it is really a nice overhaul of the operating system. Notifications have been improved and are less intrusive, iCloud services and compatibility will be free to iOS 5 users and many more tweaks and upgrades.

MacRumors says that Wi-Fi syncing, which allows users to sync their iOS content with iTunes over a Wi-Fi network, appears to be enabled in the latest beta version of the iPhone platform. In order to activate Wi-Fi syncing capabilities, users have to plug-in their iPhones into iTunes and select the option to enable wireless syncing.

In iOS 5.0 beta 2, wireless syncing is now available for the Mac. It requires iTunes 10.5 beta 2 and OS X 10.6.8 or Lion. You will see an option to enable wireless syncing when you connect your device to iTunes with the USB cable. It is recommended you perform your initial sync with a cable after restoring your device.

If you find issues with apps, media and/or photos synced to your device, you can reset then resync. From Settings -> General -> Reset, choose Erase all Content and Settings. Then reconnect to iTunes and sync again.

Additionally, AppleInsider says the framework for OTA updates seem to be enabled in iOS 5 beta 2, too. When updates for the iPhone, iPod touch and iPad become available, users will be able to download and update their devices without having to connect to iTunes. 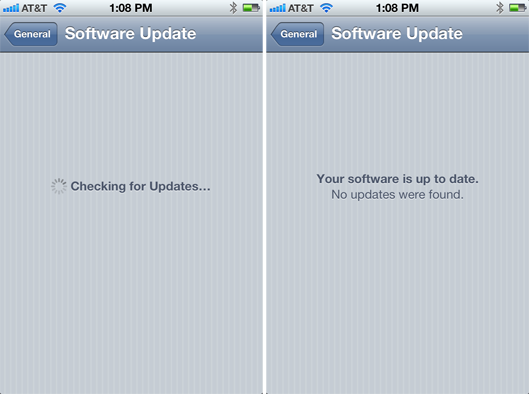 The new version of iOS will become available this fall for free, which might coincide with the rumored launch of a new iPhone.

In a move that hasn't surprised anyone, Disney launched its comics app for iOS-based devices. As you can imagine, using...