It wasn’t that long ago that the rap on Verizon was that it had the best network but the worst portfolio of phones. My, how things have changed. Starting with the release of the original Motorola Droid, Verizon has release a variety of high-quality smartphones which are appealing to the masses.

In fact, there are so many solid smartphones on the carrier that it can be tough to decide, so we’ll try and point out the five best smartphones on Big Red. You should note that this is my personal list, so it will cater toward my preferences (I don’t need physical keyboards) this list isn’t in any particular order.

You can find all of Verizon’s smartphones here. 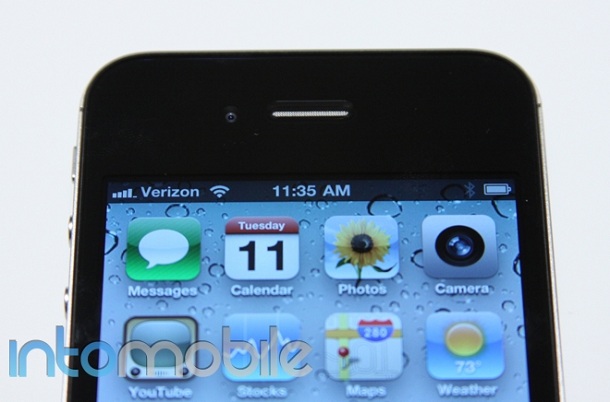 I’m not just putting the iPhone 4 first because I just bought one but there is a reason that this has been such a highly-anticipated device: You get the wonders of an iPhone on a network that can actually make and receive calls, keep a data connection and send texts at a reliable rate. Verizon customers seem to be digging it, as the carrier activated 2.3 million iPhones in the last quarter.

By this point, you should know what you get with an iPhone 4: a 3.5-inch Retina Display, a 1 GHz processor, 5-megapixel camera, front-facing camera for FaceTime video calls, built-in iPod functionality, WiFi, Bluetooth, 3G, GPS, digital compass and access to hundreds of thousands of apps. I think the industrial design of the device is beautiful and the Retina Display does really pop. Apps are becoming a larger part of what we do with smartphones and no other platform offers as wide of a selection as the App Store.

It’s not without negatives though, as we’re bound to see a new iPhone in just a few months, so this fine device will soon be last year’s model (even more so than it already is). It’s also not as customizable as Android, won’t play as nicely with Google services and the Verizon version can’t do simultaneous voice and data.

Still, many Verizon users have been very happy with the iPhone 4 and I get the feeling many of you out there would be too. 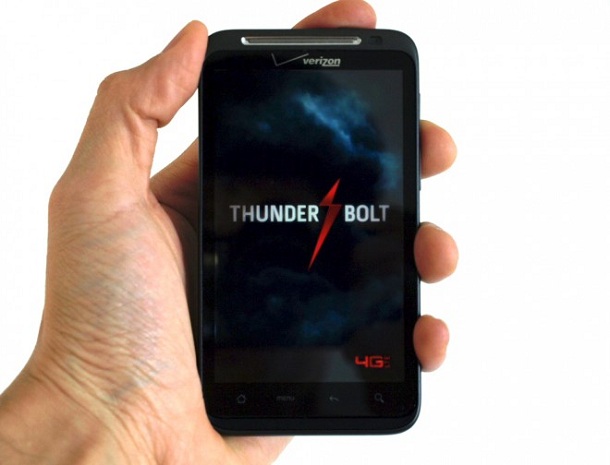 I almost hesitated to include a 4G LTE phone because I love the mobile data speeds on the go but the battery life is just so bad that it’s tough to recommend. With that said, Verizon’s 4G LTE is the real deal and the HTC Thunderbolt is the best of the bunch.

The specs aren’t exactly cutting edge but the HTC Thunderbolt still packs a punch with a 4.3-inch Super LCD display, 1 GHz Snapdragon processor, 8-megapixel camera, front-facing camera for video calls, simultaneous voice and data, Bluetooth, WiFi, GPS and, most importantly, 4G LTE connectivity. It’s difficult to overstate how nice it is to have 5-10 Mbps download speeds on your phone, as pages load quicker, downloads are a snap and watching streaming, high-quality video is a blast. Once you go 4G LTE, it’s hard to go back.

It also runs Android, which is a flexible operating system with a booming Android Market that gets more and more apps everyday. While there still aren’t as many apps as the App Store, the quality of apps in the Android Market is steadily rising. If you’re a hardcore Google services users, than it’s tough to beat Android when you’re on the go.

All of that speed does come with a price though, as that 4G LTE modem eats away at battery life like crazy. While software updates have helped, you’re still looking at about six hours on a full charge. If you choose to get an HTC Thunderbolt, be sure to have an extra charger around. 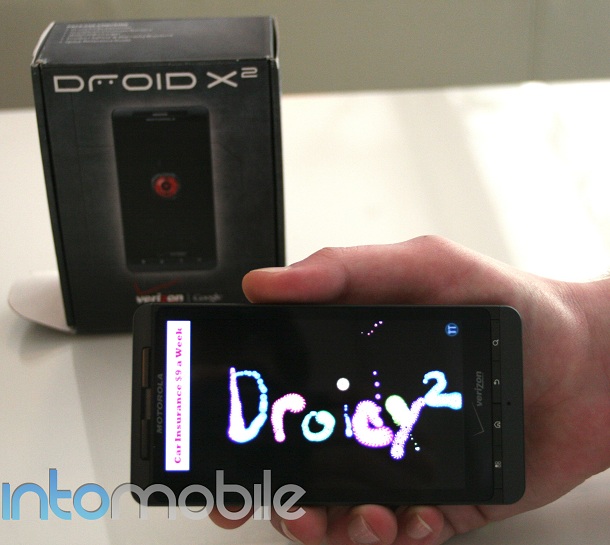 If you want a phone with top-of-the-line hardware, than look no further than the Motorola Droid X2. With a smoking dual-core 1 GHz Tegra 2 processor, the Droid X2 can handle nearly anything you can through at it and that processor should also mean that it will continue to keep on chugging well into your two-year contract.

The Droid X2 also sports a nice-looking 4.3-inch qHD display (although we noticed a bit of pixelation on the sides), an 8-megapixel camera, HDMI out and the other goodies you’d expect from this including WiFi, 3G and Bluetooth. The star of the show really is that Tegra 2 chip, as it just makes switching between apps and playing games so much better.

The design hasn’t changed very much since the first one but that’s okay if you’re comfortable with a relatively-slim, full touchscreen smartphone. The trimmings around it definitely make the Droid X2 look somewhat aggressive but I didn’t mind that one bit. The camera software may not be the best on the market but we were happy to find that the 8-megapixel shooter can take some good-looking shots.

It’s another Android handset, so the same praises for the Thunderbolt also apply but this one comes with the UI formerly known as MotoBlur. Some people really hate the aesthetics of this but it has been greatly toned down in the latest iterations, so I don’t see it as a major problem.

For having arguably the most powerful innards, the Droid X2 is missing some other things that smartphones on Big Red offer like a front-facing camera or 4G LTE connectivity. You are going to have to make some tradeoffs when you buy a phone but the strong hardware of the Droid X2 make this Motorola device a tempting choice. At least until the Droid Bionic comes out, I guess. 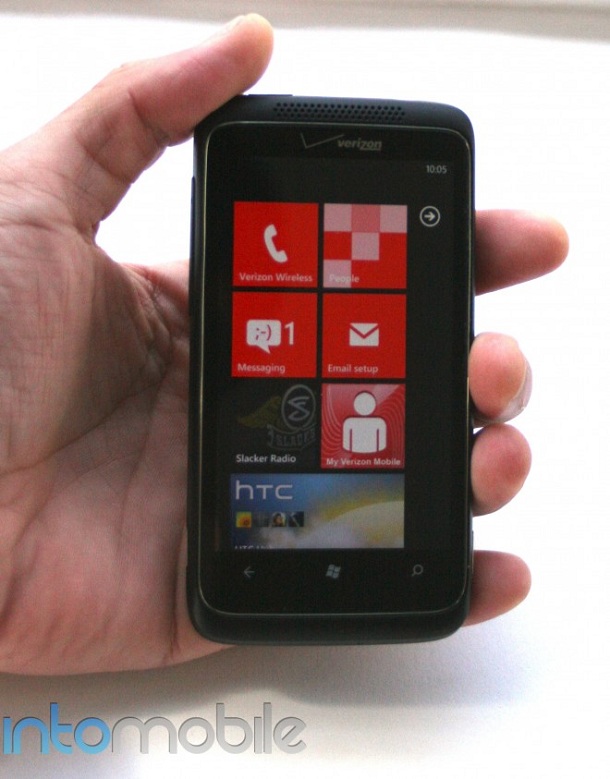 I was all prepared to not like the HTC Trophy because it seemed like a device that came out too late, didn’t have enough power and I’m still not convinced that Windows Phone 7 is on par with Android and iPhone. After using it for a while, I fell in love with this thing and sincerely believe it belongs on this list.

The HTC Trophy packs respectable hardware with a 3.8-inch screen, 1 GHz processor, 5-megapixel camera, WiFi, Bluetooth, and GPS. What really makes this shine is the great in-hand feel: it’s incredibly light but not too light where it doesn’t feel like a premium device. The back makes it a breeze to hold and HTC has done its usual stellar job with this thing.

Windows Phone is also a stunningly gorgeous operating system that really comes to life once you’ve inputted all your online information. Your content flows in a beautiful way on those tiles and it definitely brings something unique to the table without sacrificing too much. Once Windows Phone Mango hits with all the new app capabilities, it will make the Trophy an even more powerful machine.

Unfortunately, that’s still a few months away and the HTC Trophy is still lacking some key things like true third-party multitasking that can be found in iOS, Android, BlackBerry and webOS. The Trophy also didn’t have a stellar camera in our review, and the app ecosystem isn’t as flushed out as it is on Android or the iPhone (there are still some apps I can’t live without).

If the iPhone is too cliche and Android is too complex, the HTC Trophy with Windows Phone may be the right smartphone for you. 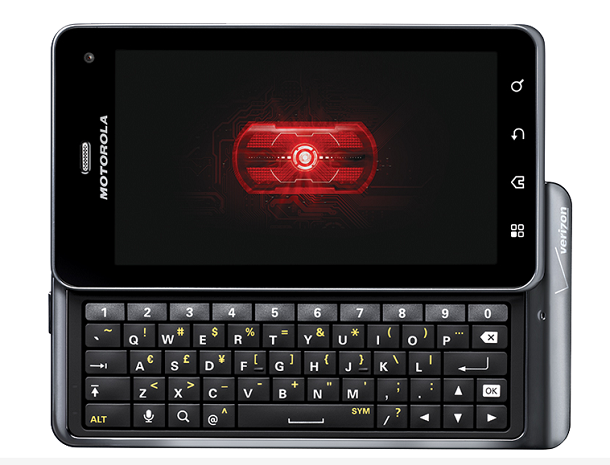 This is my bone to you users who still crave a full, physical keyboard and I honestly still have a soft spot for the Droid (I still love that “DROIIIIIIIDDDD” alert). The Motorola Droid 3 launched with very little fanfare but this bad boy still packs some serious hardware in the form factor many of you know and love.

You can expect a dual-core 1 GHz processor, 8-megapixel camera, 4-inch qHD display, WiFi, GPS, 3G and a big, roomy physical QWERTY keyboard that even has its own number row. There’s also a world roaming chip inside, so you won’t be without connection if you travel around the globe – just be sure to check your data and phone roaming rates, as these can quickly add up to a sizable bill. You can also look for full 1080p HD video recording on this thing.

It ships with Android 2.3 and MotoBlur, so take the aforementioned positives and negatives to heart before you buy it. If you’re really dying for a keyboard, you could also check out the Droid Pro and one of the latest BlackBerry smartphones but I don’t think those quite deserve a dedicated spot on this list yet.

So, there you have it. You’ve heard what we think are the five best Verizon smartphones, now let us know what you think and why. Don’t be shy, you can even put your in order of awesomeness.

T-Mobile and the Los Angeles Angels of Anaheim (I still hate that extra long name) are teaming up to provide...