AT&T customers generally had only one real choice of smartphone the past few years. If you didn’t need a BlackBerry for work, all that was left was the iPhone. It took some time for solid Android devices to hit the carrier – decent Android handsets were finding their way to T-Mobile or Verizon first – so options were limited for AT&T customers. 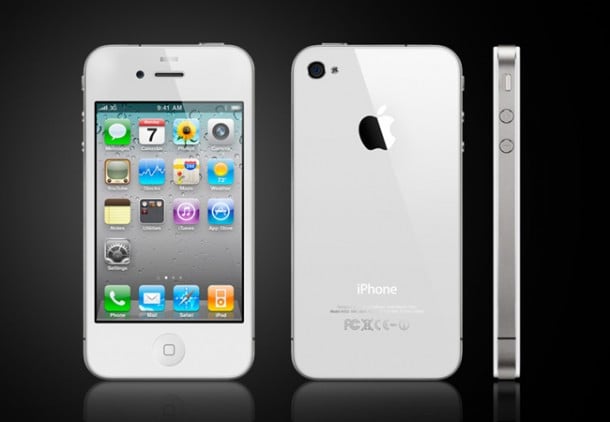 It’s the phone that has allowed AT&T to set record sales numbers and activations, and it’s still the phone of choice for the carrier. The iPhone 4 is a great piece of hardware with a very sexy design. It also has the best battery life when it comes to high-end smartphones today, which is a big deal for me and most people I know in the market for a smartphone. Additionally, you’ll have access to the iTunes App Store, where there are hundreds of thousands of quality applications for just about anything you can imagine.

It has a 3.5-inch retina display (960 x 640), Wi-Fi, GPS, Bluetooth, a quality 5MP camera and a front-facing camera for self-portraits and video calls. While the design is very nice, with a glass face and glass backing, you might want to consider a case or sleeve for the iPhone 4 – especially if you’re the type who drops cell phones pretty often.

The iPhone 4 is still popular today even though an iPhone 5 is just on the horizon. You can pick one up for $199 or $299 for the 16GB and 32GB versions, respectively, and it is available in black or white. 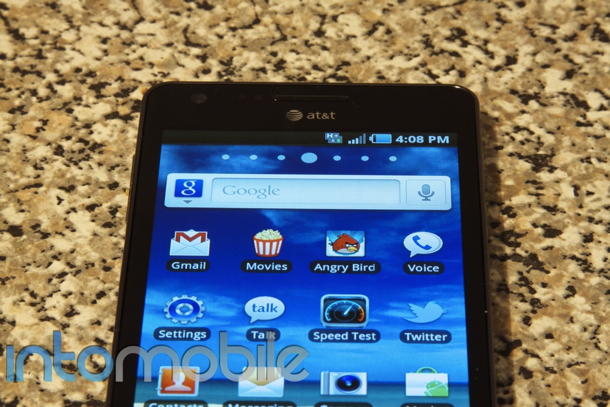 The Samsung Infuse 4G is the first solid Android option for AT&T, in my opinion. It has a large, albeit somewhat unwieldy, 4.5-inch touchscreen and a nice design. It’s extremely thin and lightweight, and packs some pretty powerful hardware in it, too. The Infuse 4G has a 1.2GHz processor, and we found in our review that it helps performance (i.e. we didn’t get any of the typical lag or delay we usually see in opening and running apps on other Android handsets). And if you’re a shutterbug like I am, the 8MP camera on this thing won’t disappoint.

If you’re in the market for an Android handset, and you don’t mind big phones, the Infuse 4G might be for you. The big selling point for this phone, aside from its snappy performance, is really its screen. The thing is big and great for viewing photos or watching movies and TV shows. But the screen size is also its downside because it can make the phone a little awkward to hold and pull in and out of pockets. The call quality could be a little better, too.

The Samsung Infuse 4G retails for $199 with a two-year contract, and it’s a phone you definitely won’t have to worry about when it comes to being future-proof. 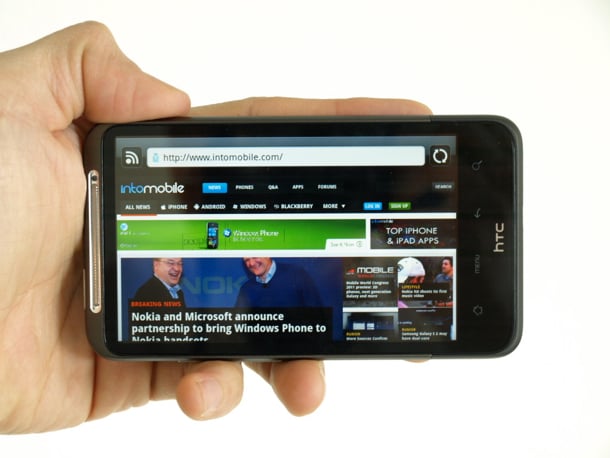 I love HTC smartphones because of their design and build quality: I can spot an HTC-branded handset from across the room, and that’s a good thing. The Inspire 4G is a great Android handset, and its price is a huge selling point. For $99.99 with a two-year contract, you’re pretty much getting a $199 Android smartphone from just a few months ago.

The Inspire 4G has HTC’s Sense UI, which is a great interface for first-time Android users. Customizing the phone is very easy, and HTC includes a lot of widgets and applications that allow you to get easy access to the things you need right away. And because the Inspire 4G uses Google’s Android platform, you’ll also have access to thousands of apps, many of which are free.

If you want an Android smartphone and are budget-conscious, the Inspire 4G would be an excellent choice. 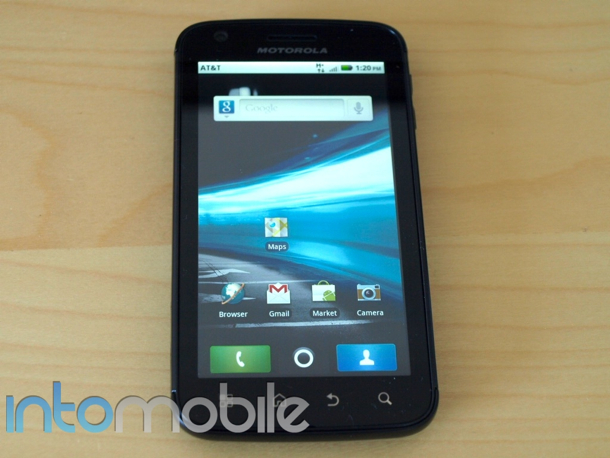 The Motorola Atrix 4G was introduced by AT&T and Motorola at CES as the “most powerful” smartphone to hit the market. Given the nature of the Android smartphone market, however, you can easily argue that it’s probably in equally good company at the top. However, the Atrix 4G is still a fine choice for customers who want a Google-based phone with all the bells and whistles.

The great thing about the Atrix 4G is that you can also use it as a computer: when you purchase the Webtop laptop dock accessory, which is admittedly very pricy, you can dock your phone and access its app and web browser from the accessory. The laptop dock also charges your phone while it’s docked.

The Motorola Atrix 4G will set you back $199 on a two-year contract, but it has a 1GHz dual-core processor, a 4-inch qHD display and a 5MP camera with a dual-LED flash. 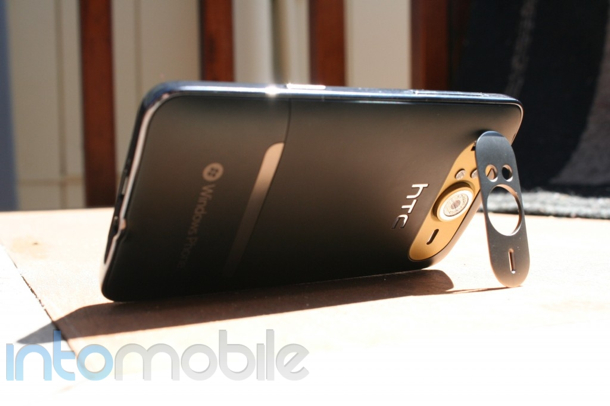 Windows Phone 7 might still be maturing, but that doesn’t mean that it can’t hang with the big dogs. The HTC HD7S is a solid piece of hardware running Microsoft’s new mobile operating system. The device has a 4.3-inch Super LCD display and supports AT&T’s 3G network. It’s no slouch in the specs department, either, with a 1GHz Snapdragon processor, 5MP camera and GPS and Wi-Fi.

As I’ve said before, HTC hardware is very solid and unmistakable in design, and the HD7S is no different. It has a large glass touchscreen and a curved, soft-touch back. There is also a stand that folds out on the back surrounding the camera and flash, that way you can watch videos while resting the phone on a table and have it angled nicely toward you.

If you want to give Windows Phone a try, the HD7S is a good device. It has pretty good battery life and decent call quality, and will only set you back $199 with a two-year contract.

Hopefully this list has been able to help you in making a buying decision when it comes to high-end smartphones from AT&T. It’s no longer just limited to the iPhone, or the BlackBerry that you need for work. We now have a number of great Android devices, and a pretty solid Windows Phone handset, too. If you have any questions or comments, feel free to use the comments section!

We've been big fans of the Waze app because it provides free social traffic and navigation data, so it's good...