After HP killed webOS and put the TouchPad on a deep, deep discount, I couldn’t help but feel like a sucker. You see friends, I did pick up a TouchPad about a week and a half ago … for $400. It was definitely a bad decision in hindsight and it also made me realize that this wasn’t the only one I’ve made when it comes to the mobile world.

Putting my pride aside, let’s take a look at some of my worst purchases in the mobile space. 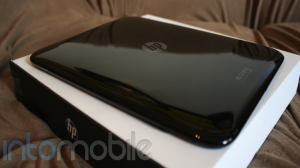 When HP made the first TouchPad discount permanent, I decided it was time to hop on board. Blake had handled our official review of the device and while I spent time with it, I wasn’t as familiar with it as I thought I needed to be. The discount didn’t scare me away, as others pointed out that this was par for the course with HP and its laptops.

My rationale was simple: HP spent $1.2 billion on Palm and webOS about a year ago and while its first products weren’t home runs, one of the world’s largest technology companies probably couldn’t afford to not have a stake in the increasingly-important mobile market. Even if webOS never overtakes Android, iPhone or Windows Phone, HP would push it until it had some form of stickiness. Right?

Well, no. HP killed its webOS lineup and said it is transitioning toward being an enterprise solutions company. Its brief foray into mobile space was over before it really began. Then, it put the TouchPad on deep discount ($99 for the 16 GB and $149 for the 32 GB) and that’s when I truly felt like a fool.

I recently took a little weekend vacation trip (what up, Seattle) and only brought the TouchPad as my main computing device, besides from my smartphone. It was okay – it was fine as a movie player on the plane although I had to pay $7 for a cruddy media player for my AVI files, looking for restaurants on Yelp was good and it made for a good web browsing machine. The thing is, my iPad 1, Xoom or Flyer 4G would have been just as good, if not better and provided more options and a nicer form factor.

It is funny how pricing does kind of set your expectations. If I had paid $99 for the 16 GB TouchPad, the lack of a competent app ecosystem, bulky hardware and the slow, buggy software wouldn’t have bugged me as much. HP insists it will support webOS customers but I still can’t help but feel a little disgusted and embarrassed. 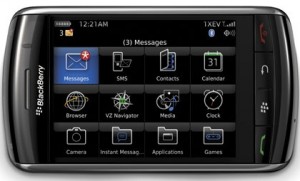 The year was 2008 and I was in the market for a new smartphone. The iPhone 3G was definitely the hot new jazz and I was going to buy it. Then, I saw the massive line at the Apple stores and decided it wasn’t worth it. Additionally, I haven’t had a landline for about a decade and the iPhone 3G was legitimately bad in San Francisco, so I needed something on Verizon which could deliver a similar experience but with more consistent data and voice. Hello, BlackBerry Storm.

The funny thing about the BlackBerry Storm is that many people hated the keyboard but after spending 10 minutes with it a few months before its release, I liked it a lot. I even wrote a post praising it. What I didn’t know at the time is that it’s fine for about 10 minutes of uses but that SurePress screen became extremely annoying as your main input method every day. That clicking screen used to give me nightmares.

It also didn’t help that the BlackBerry Storm launched on Verizon with crappy software which required reboots just to get it to work. The web browser was better than previous BlackBerrys but it still wasn’t as good as the iPhone and the apps were just kind of lame. Some would argue that Research In Motion didn’t nail a full touch BlackBerry until the recently-announced Torch 9850, so I was definitely in a bit early. 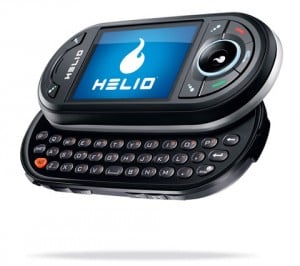 In 2007, there was a lot of buzz about the MVNO Helio, as it was trying to bring 3G-connected devices to young people with an always-on ethos. When I first saw the Helio Ocean, I was in love and plunked down the cash to sign on with a relatively unknown carrier for two years.

The Helio Ocean was awesome: the dual-sliding form factor made it a bit cumbersome but the keyboard rocked and it was an eye-catching device. The unlimited 3G data was solid and the mobile Google Maps saved my bacon more times than I cared to admit. I never really used the Buddy Beacon features because well, no one else I knew was on Helio.

I knew that the original iPhone was coming out a few months after the Ocean but I went with Helio anyways because I wanted 3G and felt I wanted the keyboard. I’m still adamant that the Ocean wasn’t the mistake but signing up for Helio was. The monthly bill was kind of expensive and it’s never a good sign when your carrier fails and is aquired. What’s worse is that even though it was sold off, I still couldn’t get out of my contract without having to pay an ETF.

Am I an idiot?

When I look at these purchases, a common thread comes up: I can be a bit reckless with my mobile purchases but I also like betting on the underdog. I’m also really into mobile, so crapping out on some of these bets are just a part of fun. My experiences with the TouchPad, Storm and Ocean have helped to hone my sensibilities in the mobile world and I wouldn’t want to change that. Well, maybe I’d change the TouchPad purchase.

So, you’ve heard me whining, now let us know what you consider your worst purchase in mobile. It could be the device itself, carrier you signed up with or competing devices that came out after you locked yourself in. We won’t judge.

Did you buy a discounted HP TouchPad?

Well, HP quickly pulled the plug on HP and it liquidated its webOS TouchPad by offering the tablet for as...