It’s back to school season and for a lot of parents, that means buying your kid a laptop or new computer to help them do their homework. This is especially important for kids going off to college because it’s nearly impossible to be a functional student nowadays without a computer. But tablets are increasingly becoming powerful tools that offer similar capabilities while allowing students to be more mobile. Can students use a tablet to truly replace a laptop?

“It depends on how much content creation they’re going to be doing versus consumption,” said Nick Stam, director of technical marketing at NVIDIA. “That holds true for not just the back to school kids but for everyone.” 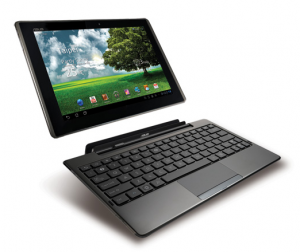 Tablets like the iPad 2, Tegra-powered Xoom and HP TouchPad offer a variety of advantages over a traditional laptop or notebook computer as these devices have tremendous battery life, generally wake up in an instant and create a strong connection with the user due to the touch interface. There is also something to be said about the much more mobile form factor that tablets represent – it’s easier to just throw one of these in your bag than it is to transport a laptop.

These tablets are also becoming increasingly more powerful and flexible, as NVIDIA will soon have a quad-core processor inside a tablet which will rival what top-of-the-line computers used to be able to do a few years ago. The accessory market is also creating new possibilities for how well a tablet can be used for students.

Take a look at the Asus Transformer: this tablet offers a cheaper, powerful, Android-based alternative to the iPad 2 and it is ideal for casual web surfing, intense social networking and video calls. When you combine it with its keyboard dock, it turns into a computing device that can handle most word processing needs thanks to its built-in document editing software. The keyboard does take some getting used to but after a few hours, users will be able to type at blazing speeds. 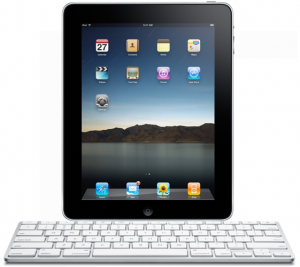 The iPad also has a full keyboard accessory for your typing needs and more and more applications are targeting the educational market. It also helps that the iPad 2 is seen as being very hip and that many educational institutions are taking a hard look at how this can aid education. Heck, you could even look at devices like the View 4G with its capacitive stylus as a great way for art-inclined students to be more productive on the go.

It’s not all roses with tablets though, as many classes require applications that just aren’t available on iOS, Android, QNX or webOS. Even simple things like accessing a school’s grade-tracking program may not work as smoothly on a tablet as on a standard notebook. I also don’t think that computer science fans will be happy trying to do hardcore coding on a tablet. While many apps are migrating toward these mobile platforms, the ecosystem is just not quite robust enough for

“My personal stance is that many kids wants both and the price points are coming down to the point where they can have them,” Stam said.

It used to be that buying a high-quality laptop would set a parent or student back at least $1,000 but the prices have come down dramatically where a Windows machine can be purchased for less than $500 and be powerful enough to handle a student’s needs. Tablets are still going to cost about $500 but those prices are quickly falling – the 7-inch Acer Iconia Tab A100 will land in the not-too-distant future with Honeycomb and an attractive $300 price tag. Much like iPods become the must-have accessory for students, tablets could soon be a relatively affordable computing accessory which can actually help students be more productive. 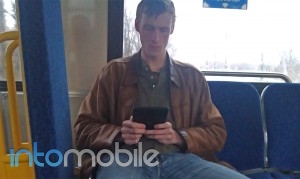 Will tablets ever be able to fully replace a laptop for students? That day may not be as far as you think and Microsoft may be the company which can finally bridge that gap with Windows 8.

While we haven’t seen much of the next generation of Windows and tablets running this platform probably won’t be available until next year’s back-to-school season, this promises to give us all the advantages of a tablet while still retaining the power of a traditional machine. If it works as Microsoft says, Windows 8 tablets will provide a cool touch-based interface for tablets on the go and plugging these into a keyboard dock will give you power and accessibility of a full machine. You likely won’t have to worry about specialized education apps not being available because it will be Windows and many apps will already work out of the gates.

Students may not be able to replace laptops with tablets yet but that day is rapidly approaching. For now, tablets make a great supplement to computers if you can afford it.

Apple to build 8GB iPhone 4 to release alongside the iPhone 5?