While the jury is still out on whether a tablet can replace a laptop, it is clear that tablets can be very useful for students. Whether it’s for reading text books, using specially-designed educational apps or just consuming web and social media contact, a tablet can be a valuable part of a student’s arsenal. Let’s take a look at some of the best tablets on the market. 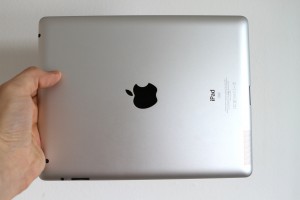 The undisputed king of them all, y’all. The Apple iPad 2 has been the most popular tablet on the market and the dual-core processor inside gives it enough horsepower to handle many resource-intense tasks like photo editing or music editing. The tablet’s thin and light design make it an eye-catching computing device and the multiple cameras make it easy to share photos or make video calls with FaceTime. The app ecosystem is the best in the business, as many developers are creating apps that specifically take advantage of the tablet form factor.

Some of you may not like the limitations of the iPad 2 and its operating system, as you won’t get any widgets on the homescreen and it’s tough to tinker with it without voiding your warranty. There are some cheaper alternatives but in general, you get what you pay for. Unless you have a very specific need with your tablet, the iPad 2 is likely the tablet of choice for you or your student. 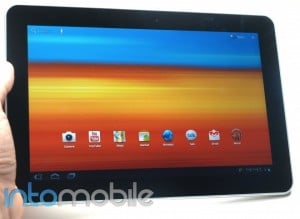 If you want a tablet that has the same design appeal as the iPad but don’t want an Apple product, the Samsung Galaxy Tab 10.1 may be the device for you. Powered by a dual-core Tegra 2 chip, this 10.1-inch tablet can handle nearly anything you want to throw at it including Flash web video, multiple apps and two cameras for capturing and sharing your photos and pictures. The Android Honeycomb operating system does offer a bit more flexibility than iOS and it is a version of the platform that is optimized for a tablet’s screen size.

Unfortunately, the Android tablet app ecosystem isn’t as robust as the iOS App Store and the cameras aren’t anything special. Still, the Galaxy Tab 10.1 is probably the best tablet out there if you don’t want an iPad 2 and it could be just as good as the device if the app ecosystem got better. 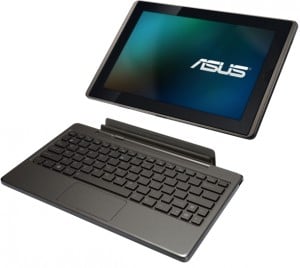 The Asus Transformer is another Android Honeycomb tablet which can give the iPad 2 a run for its money in terms of looks and power but the Transformer is also far more flexible than nearly any other tablet out there. If you want, you can buy a full keyboard connecting dock for the Transformer which will turn it into a quasi-laptop. What’s great is that the laptop dock also doubles as an extra battery with a touch mouse and multiple USB ports.

As I mentioned with the Galaxy Tab 10.1, the Android app ecosystem is still kind of weak right now. Still, will a Tegra 2 chipset, nice design, a 10-inch screen, a low entry-level price and a host of flexible accessories, the Asus Transformer is a quality option for any tablet seeker. 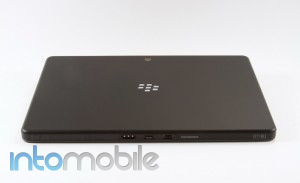 While the larger tablets are great, there is something to be said for a 7-inch tablet because these can be far more portable and the best of the 7-inch bunch is the BlackBerry PlayBook. This dual-core tablet is powerful enough to handle nearly whatever you want, the screen is great to look at and the QNX OS is a refreshing take on mobile computing – if combines the best of webOS, iOS and Android.

Unfortunately, the BlackBerry PlayBook still doesn’t have a native e-mail or calendar app, which means you’ll need a BlackBerry to fully take advantage of this tablet. The PlayBook will soon be able to run Android apps, which will really make up for the dearth of tablet apps on QNX. The 7-inch form factor also isn’t for everyone, so make sure you or your student really needs the portability.

We all know that apps can help you study and be quite educational but all work and now play makes...