Earlier this year LG’s roadmap leaked and one of the devices on said roadmap was the Univa. It resembles the first generation Optimus One, meaning it’s quite possibly the successor to one of the best selling devices on the prepaid market in the United States. The Univa, which is also known as the E510, features an 800 MHz Qualcomm processor, 3.5 inch screen with a resolution of 320 x 480 pixels, 5 megapixel camera, has a body that’s less than 12 mm thick, and best of all it runs Google’s latest version of Android for smartphones, Gingerbread. At a recent Qualcomm event held in India the Univa E510 was on display, and luckily for us AndroidOS.in was there to snap some photos of the device in the wild. It’s difficult to find a word other than boring to describe this thing, because we kind of miss the curved design of the first Optimus. The E510 looks to be nothing more than a shrunken down LG Optimus 2X. 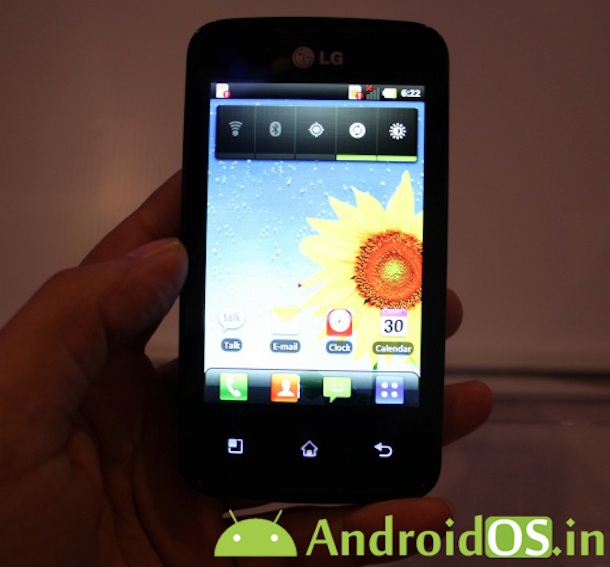 When exactly will it come out and how much will it cost are the two main questions here, and we don’t have the answer to either of them, but we do know that LG is up against some serious competition. Just yesterday we covered the Huaewi Honor, which will come in at around $300 this holiday season and pack a 1.4 GHz processor, a massive 4 inch screen with a resolution of 480 x 854 pixels, an 8 megapixel camera, and just about every bell and whistle you can imagine; oh and it’s less than 10 mm thick. If the E510 is priced anywhere near $300 then it’s going to be dead in the water.

Horace Dediu of Asymco recently predicted that LG is about to exit the phone market because frankly, they can’t compete. We wouldn’t be surprised if they did, and we’d be all the more happier for it because it would free up components for the other, more competent players.

Even today, the Sony Ericsson Xperia Arc is one of the sexiest phones to ever exist in my book, hindered...