Over in South Korea images of an LG Android smartphone that’ll be called the “Optimus Note” have surfaced. Similar to the LG Optimus Black, which was “the world’s thinnest smartphone” for about 30 seconds thanks to the release of the downright anorexic 8.5 mm thick Samsung Galaxy S II, the Optimus Note sports a 4 inch NOVA display with a resolution of 800 x 480 pixels. Where things get interesting is that the Note adds a four-row QWERTY keyboard and bumps up the processor to a 1.2 GHz dual core NVIDIA Tegra 2. The Note will be just 12.3 mm thick, which isn’t bad for a device with a sliding keyboard. That being said, we haven’t had a chance to play with this thing, so it’s hard to say whether the keyboard is worth the extra junk in LG’s trunk. Oh and the camera can put out 5 megapixels worth of questionable image quality. If you’re into video calling, then the front facing VGA resolution camera should make you happy. 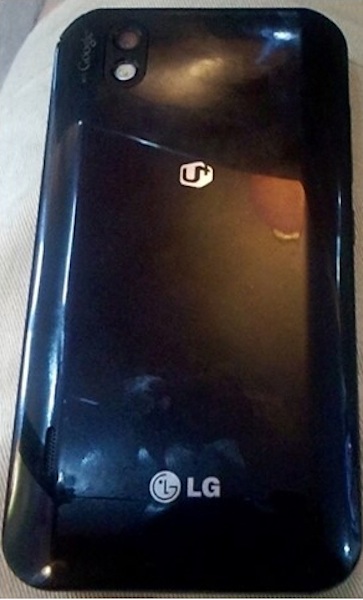 Earlier this summer we saw Sprint’s roadmap leak, and it mentioned an “Optimus Slider”, so there’s actually a chance that this thing will make it across the pond. It’s the perfect smartphone to offer alongside the Epic 4G Touch, which is Samsung’s Galaxy S II variant. Consumers will be able to choose whether or not they want a QWERTY keyboard. If LG manages to stick a WiMAX radio inside this thing, then it’ll be even better, but hopefully not at a sacrifice to the dimensions of the device.

Are hardware buttons still something you look for in a smartphone or have you surrendered to the slabs of glass that have invaded nearly everyone’s handset portfolio? We find it difficult to justify buying something with moving parts. That and every millimeter counts now that screen sizes have steadily gone up from 3.5 inches, to 3.7, to 4.0, to 4.3, and now 4.5 looks to be the norm for 2012.

In an effort to get more developers on board, Amazon is offering $50 towards Amazon Web Services, which can be...