It’s finally here, folks. The very first US Galaxy S II, the Epic 4G Touch, has landed on our doorstep and we’re gonna give you a quick peak at one of the most anticipated phones of the year. While it may not be the only Galaxy S II to land in the US, it’s certainly one of our favorites already.

The Epic 4G Touch is a stunning piece of software that keeps everything we loved about the original and adds a few more features along the way that are more than welcomed. First of all, the Epic 4G Touch has a WiMAX radio, allowing you to take advantage of Sprint’s 4G network, of course. While the T-Mobile and AT&T variants are rocking HSPA+ support, I’m personally inclined to go with Sprint’s WiMAX network as far as reliability goes.

The Epic 4G Touch also received the screen bump to 4.52 inches instead of the 4.3 inches we saw in the original. Some may not like the extra screen real estate but we’d say it’s quite manageable, and the thinness of the handset makes it that much easier to handle. While it’s still heavy on the plastics, Samsung has made a solid phone through and through, and thanks to the textured battery cover on the back, it feels less like a thin piece of plastic, even though that’s exactly what it is. Overall, the in-hand feel is as solid as the original, even though you’re wielding a larger screen.

It may not be the qHD display found on other handsets today, but the Galaxy S II ships with a Super AMOLED Plus display, which is enough for us to forgive the lack of pixels. Plus, given that there are only a few Android handsets with qHD displays that are actually worth while, Sammy’s AMOLED is fine with us. Still retaining the 1.2GHz dual-core processor, 8 megapixel camera, 16GB internal memory (expandable via hot-swappable microSD card slot), and all of the other bells and whistles that come with the original, we felt right at home with the Epic 4G Touch.

Shipping with Android 2.3.4, you can take advantage of the 2 megapixel front facing camera and video chat through Google Talk right out of the box. Of course, you can choose to use Qik, Tango, or whatever other service you’d like as well.

Love it or hate it, the Epic 4G Touch ships with TouchWiz, and it comes with a few more tricks up its sleeve since the last time we played around with it. The novel and fun gesture-tech is still beautifully implemented and Samsung has added a new way to get through your application drawer or homescreens with ease.

Previously, TouchWiz let you know what pages of apps or home panel you were on by dots that line the top of the screen. One of the latest tweaks found in the Epic 4G Touch is that these dots now live at the bottom of the display, above the dock, and if you’d like to quickly jump from one page/panel to another, you simply tap and drag on the dots to get you to your destination instead of swiping. It may not seem like much but it’s a helpful feature that we’re glad to see.

There’s a lot more to discuss about this sexy handset, so stay tuned for the official review that should be on its way very soon.

Here are a handful of pictures and video below! (yes, we’re aware of the video weirdness.) 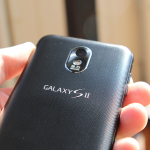 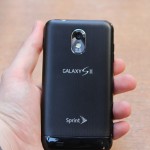 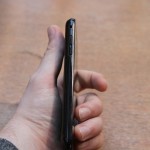 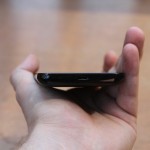 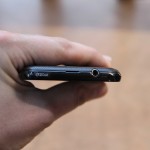 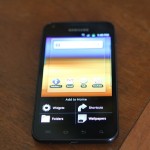 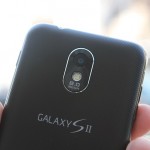 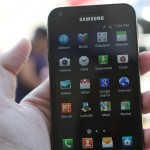 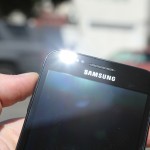 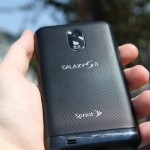 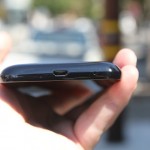 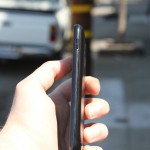 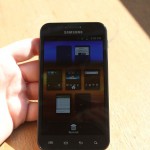 Samsung fires back at Apple yet again with new patent complaint

Well, it looks like the shoe is on the other foot now. Samsung has filed a patent complaint against Apple...