AT&T just lit up its 4G LTE network this Sunday but the next-generation mobile data network is only available in a handful of markets.

If you’re in Atlanta, Chicago, Dallas, Houston or San Antonio, you can hop on to the AT&T 4G LTE network right now with your mobile dongles of with the Acer Iconia tab or the HTC Jetstream tablet. A total of 15 markets are expected to have coverage by the end of the year. Here’s what the coverage map looks like: 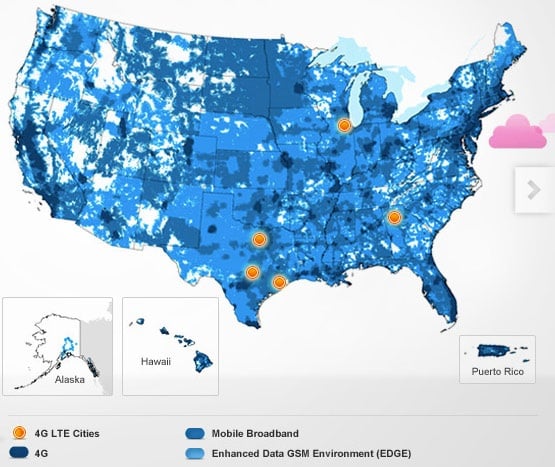 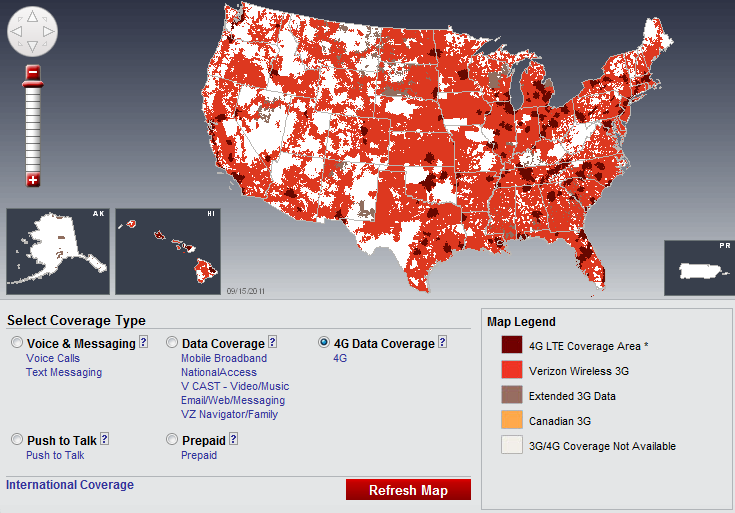 I know it’s not fair to compare these right now because Verizon’s 4G LTE has been around for about nine months and AT&T’s is just launching but you have to remember that Big Red’s 4G LTE network came out of the gates with a bang, now covers 50 percent of the nation and is generally considered the best in the business.

Will AT&T’s slow and steady approach pay off in the long run?

We have some bad news for the data-obsessed out there. Verizon has officially enacted its new “Network Optimization Practices,” which...