We’re in the final stretch, just mere weeks away until we find about Apple’s next generation iPhone. Now until Tim Cook gets on stage though and breaks his keynoting cherry, there’s going to be a flurry of rumors surround the next Jesus Phone. One of the more popular rumors that’s been floating around is that Apple will introduce a lower cost, likely unsubsidized, iPhone. Said iPhone would be called the iPhone 4S. At the same time Apple would also announce the iPhone 5, which would represent the high end of the iPhone “family”, just like the iPod now comes in various shapes and sizes. Thanks to a tipster who contacted Engadget, we may have some conformation surrounding the existence of the iPhone 4S. Said tipster has access to AT&T’s internal computers, meaning he’s likely an employee, and in a drop down box that a customer service agent would typically use to issue a support ticket, the iPhone 4S in white appears as a model that AT&T offers. This is all the tipster was able to reveal. We don’t know when the iPhone 4S will come out, of even if they’ll be an iPhone “family”. For all we know, there isn’t even an iPhone 5, and the iPhone 4S really is the next iPhone. 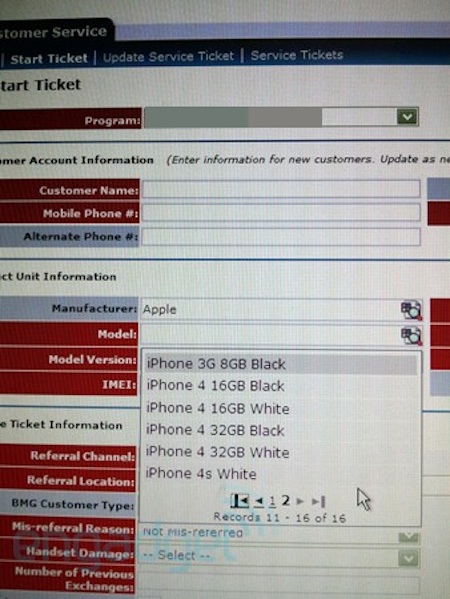 All of this will make sense soon, and we know many of you hate reading about iPhone rumors, but at the same time there are quite a few number of you who spend far too much combing through online forums, trying to piece together the most insane conspiracy theories known to man, just to be able to get first dibs on information about a product that you can’t even buy before Apple says you can buy it. Articles like this are for the latter type of reader.

Cheers to the crazy, insatiable ones. You really do think different, though we’re not sure it’s for the better.

Rumor: Apple inks deal with TSMC to manufacture future A6 and A7 processors

According to DigiTimes, one of our favorite rumor sites since they have an above average track record when it comes...