Today is September 20th which means in the console world, specifically the Xbox 360, Epic Games’ Gears of War 3 is now officially for sale. Gears of War Nation has been awaiting the last game in the Gears of War series for three long years, and today many people took off sick from work, quit their jobs, and are hunkering down for a long, cold rest of the year chainsawing Locust to their hearts content. But what about mobile gamers? When will we get our Gears of War clone? I introduce to you, Shadowgun.

Shadowgun shares many similarities to Gears of War in that you play as a rather large individual who is a bounty hunter set out to take out Dr. Edgar Simon. Dr. Simon is a geneticist who is creating his own personal army of mutants, cyborgs, and everything in between. As you’ll see from the screen shots, the game is a sci-fi 3rd person shooter with some really nice graphics. As in Gears of War, you’ll be able to move behind cover and pop out in order to shoot at the enemy.

Shadowgun is expected to release on September 28th for both the iPhone and iPad, so keep an eye out for our review close to when the game launches. As for when Android gamers will get a taste of Shadowgun, it should be hitting the Marketplace this month as well. 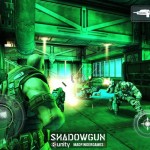 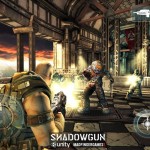 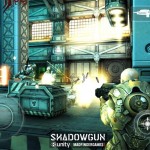