The two most anticipated phones of the year are just around the corner and by year’s end there’s a likelihood that we won’t suggest anything that’s not one of these handsets for quite some time. These smartphones are obviously the iPhone 4S and the Google Nexus Prime, both of which serve up some high-end specs across the board. While I never questioned it, the iPhone 4S announcement just solidified my choice on the next smartphone that will be in my pocket for the next year, which is the next Nexus.

This isn’t just an article telling you why I’ll be grabbing the Nexus Prime but a post to showcase why the Nexus line will always be the best Android family.

The idea of owning an iPhone this late in the game and already being on Android since late 2008 makes the choice an easy one. This also works the other way around, as I’m sure a long time iPhone user has put enough money into Apple’s ecosystem that the thought of switching platforms just sounds silly. Luckily, whether you’re an iOS user or an Android user, an awesome phone is right around the corner.

The iPhone 4S turned out to be an impressive but incremental update and many have been left wanting, including Apple investors, as its stock fell almost 5% after the 4S announcement. Still, it’ll be the most popular phone this season but the competition has been rocking many of the specs the 4S has for some months now. The Nexus Prime on the other hand is rumored to be full of high-end specs that haven’t made it to the mobile space yet and will be my go-to phone this year. Though I never really doubted that in the first place.

The iPhone 4S retains the iPhone 4’s design, which is something I’m definitely not complaining about. The rumors that the iPhone 5 would closely resemble the iPad 2 was a major turn off for me and if I somehow chose to grab an iPhone this year it would have undoubtedly been the 4S anyway.

While it may look the same, the internals of the iPhone 4S are largely different. Featuring the dual-core A5 processor found in the iPad 2, the 4S steps it up in raw processing power, which alone may be worth the upgrade from any iPhone. Couple that with a snazzy new 8 megapixel camera, CDMA and GSM support, a 64GB option, Sprint availability, and iOS 5 and you have an iPhone that’s impressive to say the least. Still, people were looking for something jaw-dropping and they didn’t get it.

The 4S is roughly the equivalent to the LG Optimus 2X in terms of specs, with the 2X sporting a lower resolution display but the 4S sporting a smaller display. There’s certainly nothing wrong with the Optimus 2X but do keep in mind that it was released in late January of this year in South Korea. The 4S features a 8 megapixel camera with a backside-illuminated sensor that allows it to pick up 73% more light than the iPhone 4’s 5 megapixel sensor. I smell another Camera Shootout in the near future.

So while the 4S is still a decent update in the specs arena, the handset itself is using specs that have been around since the beginning of the year. Because of this, those who were looking for some bleeding-edge tech (or just better specs/redesign) will need to look elsewhere. Until the iPhone 5 really does become available, that is.

Nexus has always been the best Android option 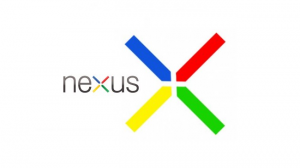 Even though there are many choices when it comes to phones running Google’s mobile OS, the Nexus line is the Android connoisseurs phone. The Nexus line brings stock Android, which may lack the aesthetic appeal that some custom skins bring to the table but you can bet your ass that you’ll be cruising on the latest and greatest version of the OS on a Nexus handset before any over-bloated HTC Sense phone out there.

The Nexus Prime is rumored to bring a spec sheet to the table that has only been possible in a geek’s wet dream up until recently. Expected to sport a 4.65 inch display with a 1280 x 720 resolution, high-end 5 or 8 megapixel camera, 1.5GHz dual-core processor (which could either be a TI OMAP 4460 or possibly the new Exonys 4212 processor Samsung recently announced), and Android Ice Cream Sandwich, the Nexus Prime will be the flagship Android handset for some time, even as other manufacturers make handsets with similar specs, as most will sport custom skins on top.

It’s also rumored that the Nexus Prime may have a QWERTY-toting variant, which is something I’ve been personally been waiting for. Sure, a 4.65 inch display should be plenty room to have a great on-screen typing experience but there’s something about the tactile feel of a keyboard that I’ll always prefer, and no, haptic feedback isn’t good enough. That said, the profile we saw of the handset makes me wonder just how much weight a QWERTY keyboard will add to the Nexus Prime. 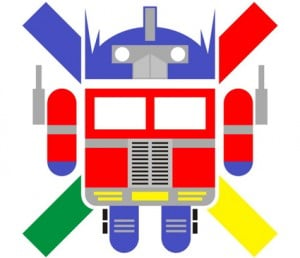 While the iPhone 4S will be anything but a flop, there were enough people looking for just a little more from Apple. The iPhone 4S is officially up to par with the majority of new Android smartphones coming out today, and while that’s just fine, the somewhat underwhelming entrance of the 4S gives Samsung and Google an opportunity to grab attention like never before.

I really couldn’t imagine too many iOS users completely jumping ship for the Nexus Prime but if they were looking for a sharper, larger, display, faster processor, a design that’s truly unique, and just about any hardware specification one could want from a high-end smartphone today, the Nexus Prime is poised to pique the interests of iOS more than ever. Of course, this doesn’t mean much right now, as all specifications about the handset are mostly rumors but the Nexus Prime will likely be a home run when it comes to specifications. That is what the Nexus line is all about.

When Google gave us the first glimpse of Ice Cream Sandwich at the I/O conference, they said that it was Android’s most ambitious effort to date. It also looks like the flagship handset that will be running this update will be just as ambitious and will likely turn many heads with its ultra curvy design.

Still, Google needs to actually advertise this handset to get the general public’s attention. No, online ads and a giant Nexus Prime at Best Buy stores just won’t do it this time. This is a phone that needs to be seen and we would be surprised if we didn’t see a harder push in the advertising front this time around.

Ice Cream Sandwich will be the sweetest update yet

While Ice Cream Sandwich will certainly bring much more aesthetic appeal to the Android platform, its main purpose may be to unify Android smartphones and tablets and the bigger features to debut in Jelly Bean. That said, there are enough rumors floating around that suggest that some great features will be implemented into ICS. The possibility of having the Chrome browser on Android phones sounds great, even with the already superior browser that ships with the OS.

With Honeycomb elements found throughout, the next update of Android will bring seamless experience between phones and tablets and not just for the consumers. Google’s efforts within Ice Cream Sandwich will allow developers to write an application for Android phones and have it run on a tablet with little to no tweaking whatsoever. The stark contrasts between Gingerbread and Honeycomb haven’t generated a lot of interest for developers to develop applications specifically for Android tablets. Ice Cream Sandwich changes all that.

Features like facial recognition, fragments, and several other changes to the core Android OS for phones will not only be easier on the eyes but give a sense of real power and control in your hand. We still know very little about Ice Cream Sandwich and we’ll soon find out everything it has to offer.

With the impressive, yet still somehow underwhelming announcement of the iPhone 4S, the Nexus Prime’s specs will seem like a phone from the future. But the phone with the best specs doesn’t always sell the best, as Apple as proved that notion wrong with every iPhone release. Still, the Nexus Prime is poised to perk up the ears of those who weren’t all that impressed with the 4S announcement. More so than ever before. You certainly don’t need to worry about rocking an old handset design with the Nexus Prime.

With the a HD display, possible LTE support, and QWERTY keyboard variant, I’m sold already but I certainly don’t want to get my hopes too high and hear Google announce a Nexus 2S when I’m hoping for a Nexus 3. Luckily, it looks like the Nexus Prime is going to blow everything out of the water with a very unique design, solid specifications across the board, and the Android OS update that will deliver the goods in many ways.

There’s a lot of awesome Android phones out there today but I’ll probably only have a Nexus handset in my pocket from here on out.

Ever since the Samsung Galaxy Note was unveiled, the industry has struggled to properly categorize the device. "Is it a...