Towards the end of the summer Samsung announced several Android devices, but more importantly they also introduced a completely new naming scheme. Devices likes the Samsung Galaxy S and Galaxy S II fell into the “Super Smart” category, devices such as the Galaxy R, which is the Galaxy S II, but with a less capable camera and slightly inferior screen technology, fell into the “Royal and Refined” category. Catch the clever use of aliteration? Rehashing the complete portfolio is something we’re not going to do here, you can read about it yourself in Charle’s article, but let’s talk about the Galaxy W. The W stands for “Wonder”, which doesn’t make any sense, but then again since when does marketing ever follow any logic? The Galaxy W is kind of like the first generation Galaxy S, but with slightly bumped up specs and a smaller screen that doesn’t use Super AMOLED. 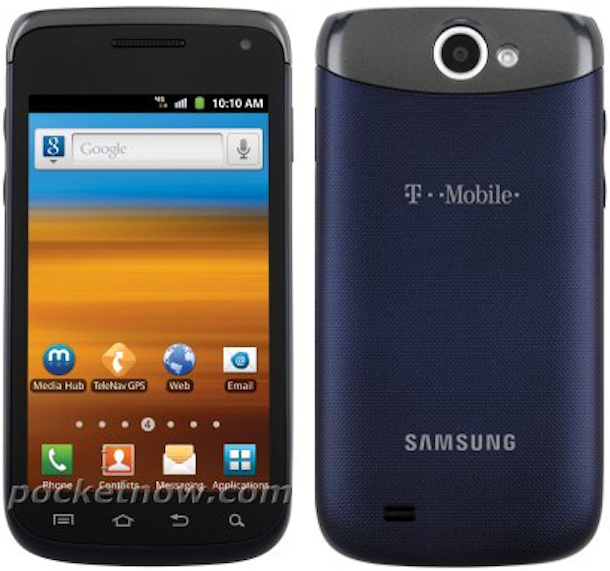 Inside there’s a single core 1.4 GHz processor, 3.7 inch LCD screen with a resolution of 800 x 480 pixels, 5 megapixel camera, support for 14.4 Mbps HSPA, though we think T-Mobile will ask for a 21 Mbps HSPA+ version, and it runs Android 2.3 Gingerbread. According to PocketNow, this device is coming to T-Mobile USA in early November. It’ll be called the Samsung Exhibit II 4G, which is a ridiculous product name, but that’s a whole other topic of discussion. The first Exhibit 4G, which had a slower processor and a 3 megapixel camera, only came out in June of this year. Refreshing it this soon seems rather … dumb, but who are we to judge?

Anyway, expect this puppy to come in at under $99 on contract, which is going to make it a tough sell since for that amount of bread you can pick up a brand spanking new iPhone 4. Android fanbois might not like that comment, but it’s true, and they know it.

If you're looking for a "different" budget Android smartphone, maybe O2 UK has something for you. The Telefónica-owned operator is...