Less than 50 hours ago Apple released iOS 5. Luckily for me, I’m based in Europe, so I got to download it at speeds that maxed out my internet connection. When Americans started waking up a few hours later, all hell broke loose, but that’s another story all together. The update didn’t go as smoothly on my iPhone 4 as I would have hoped. Like many of you, I got an error message, twice. Rebooting my 17 inch 2010 MacBook Pro running OS X 10.6.8 didn’t fix things either. What finally did the trick was a quick software update that gave me the latest version of Safari and a security update that I’ve been ignoring for far too long. After both of those installed my machine rebooted, I connected my iPhone, and boom, everything worked.

One thing I immediately noticed after turning on my iPhone was that Apple added a page of 2 to 3 apps smack dab in the middle of my highly organized 2 pages of iPhone apps. That pissed me off because I’m incredibly anal about these things, but then I just bit my lip and started rearranging icons. Roughly 10 seconds in the process of doing this I noticed that “Newsstand”, Apple’s folder that stores the periodicals you read, wasn’t able to be moved inside a folder. After spending way too much Googling how to fix the issue I finally just gave up and went to bed. Remember, iOS 5 came out in Europe quite late at night. 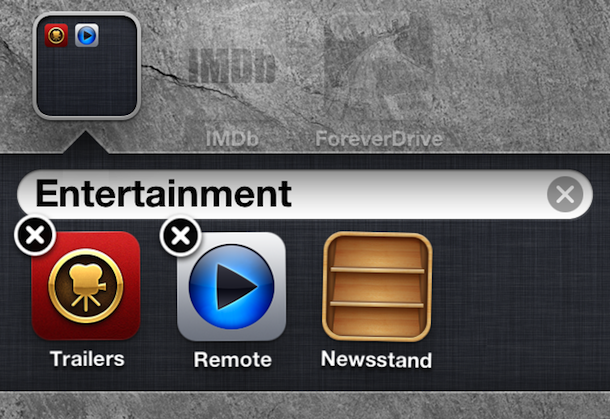 This morning things the angels answered my prayers, the internet figured out how to fix the issue! All you have to do is drag an application on top of another application, thus creating a folder, and as that folder is being created you quickly need to drag Newsstand inside. It’s really easy to do.

Note that Newsstand will NOT appear as a small icon in said folder.

Looking to jailbreak your iDevice after a fresh install of iOS 5? Well, it seems you didn't have to wait...