Chinese handset vendor Huawei has just launched a brand new Android smartphone in Australia dubbed the U8520. The spec sheet will make the hardcore mobile geek roll their eyes (600 MHz CPU, 3.2 inch 480 x 320 pixel display, 3.2 megapixel camera) but what makes this thing special is that is can take two SIM cards. One SIM is 3G capable, likely the one you’ll be using for data, while the other can only do GPRS/EDGE, but that doesn’t matter since chance are it’s the SIM card you use to send those naughty text and picture messages to your mistress that you don’t want your wife knowing about. It’s going to retail for $250 unlocked; mind you that’s Australian dollars, not American dollars. In USD it’s $265, so not that much more expensive. As far as we can tell, this is Huawei’s first dual SIM Android device, and as much as we like our friends down under, we want to see this thing come to Europe, North America, and most parts of Asia. It’s perfect for those of us trying to balance our lives, but can’t quite give up the convenience of having Google’s services accessible in our pocket at all times. 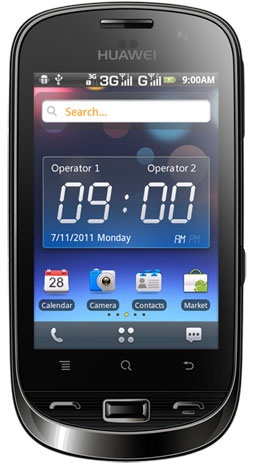 Last week Nokia hosted their annual Nokia World in London where they reemphasized how well their dual SIM portfolio was doing. They sold 18 million of such devices, which is more than Apple shipped iPhones in Q3 of this year. Now yes, Apple makes much more money on each of those iPhones than Nokia does on their cheap dual SIM dumb phone, but this isn’t a question about nickels and dimes. It’s about feeding customer demand. Dual SIM devices have typically been feature phones, not smartphones, which is what makes the U8520 a unique.

Will we start seeing more dual SIM smart devices? Think Google should add native dual SIM support in the next version of Android?

Nook Color 2 to be unveiled on November 7?

Barnes & Noble is apparently gearing up to unveil the Nook Color 2 on November 7. The rumor is that...