Citi Analyst Mark Mahaney predicts Amazon will sell 12 million Kindle Fire tablets in 2012, which works out to 15% of the tablet market. Mahaney forecasts that 20 million units will be sold in 2013, and the price will get knocked down to $179, but we’ll see if that pans out. Of course, Amazon is taking a loss on each tablet, but they’re banking on the fact that owners will buy enough stuff through the tablet for them to make a profit.

For those unfamiliar, the Kindle Fire is Amazon’s new Android tablet which packs some pretty decent specs that belie its $200 pricetag. It has a 7-inch 1024 x 600 touchscreen, a dual-core 1 GHz processor, but there are no cameras, GPS, or Bluetooth. Our review was generally positive, which you can check out here.

If the Kindle Fire has done anything, it’s been to stand as a clear counterpoint to the iPad, if only by way of pricing. Like Apple, Amazon has created an end-to-end experience, from device to service, and with these analysts vouching for the Kindle Fire’s success, it’s a scheme that might just work. 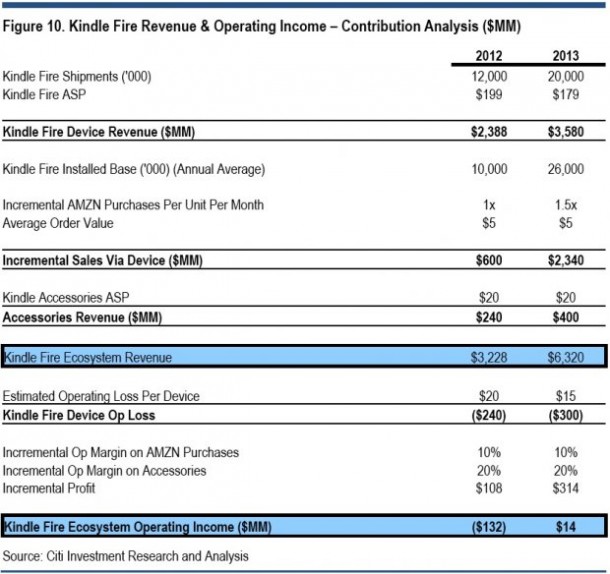 Lady phones are not that popular in most parts of the world. Japan is sort of an exception as major...