Earlier this month we saw leaked images of an as yet to be announced Motorola Android smartphone called the MT917. We called it the “Chinese RAZR” since it looked a lot like the RAZR we saw announced here in America, but it had a custom TD-SCDMA 3G radio that only works in China. Well today Motorola officially announced the MT917, and we’re frankly shocked that it isn’t the model that ended up being sold on Verizon. First key difference between the MT917 and the Droid RAZR, the screen. Whereas the RAZR has a 4.3 inch 960 x 540 pixel display, the MT917 does 1280 x 720 pixels on an even larger 4.5 inch panel. Next is the camera, which is just 8 megapixels on the RAZR, but an insane 13 megapixels on the MT917. Now yes, the MT917 is 8.5 mm thick versus 7.1 mm for the RAZR, but if that bothers you then … we don’t know what to tell you to make you happy. Everything else is the same: Android 2.3, 1 GB of RAM, etc. 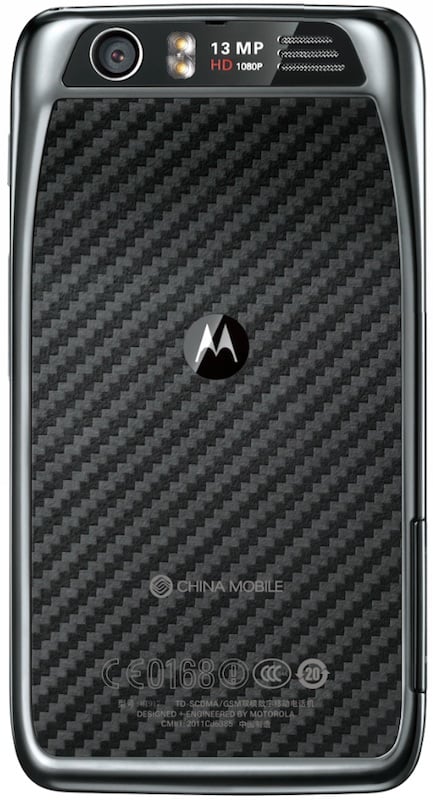 The question on our mind is when will this beast of a superphone ever leave China, and if it does then will it be updated to run Ice Cream Sandwich, thus eliminating the need for the (now dated looking) dedicated Android buttons on the bottom of the device? We’re a sucker for high end specs, and the MT917 ticks nearly every box on our wishlist. The only thing that could make it better would be support for NFC, despite it being used by a small number of devices today.

What do you think, why would Motorola save their real flagship for China instead of launching it in America? And now that you know the MT917 exists, are questioning your decision to buy a RAZR this holiday season? Here’s hoping we’ll hear more about the American version of this thing at either CES or MWC in early 2012!

ScanLife 4.0 allows you to see products other users are scanning