We have our very own Samsung Galaxy Nexus and while we haven’t had it too long, we’re going give you some initial impressions of the world’s first Android 4.0 Ice Cream Sandwich phone.

We’re not going to waste your time with a big intro. Onward! 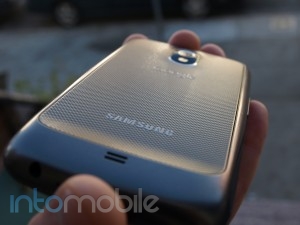 The first thing you notice when you open the box is that the Galaxy Nexus’ face is clean. There’s no longer any capacitive or physical buttons that disrupt the look of the device and the only thing you really can pick out is the front-facing camera and ear piece.

The phone is very light, which shouldn’t come as a surprise since most of the device is made of plastic. The lightness may make it seem as if the Galaxy Nexus is a cheap handset but we can assure you that it’s not.

Other than the lightness of the device, you’ll notice two things once you pick it up. One is that the Galaxy Nexus is a rather large phone and the second is that even though it’s a large phone, it fits and feels great in the hand. The handset is actually pretty similar in size to the Galaxy S II, with the Galaxy Nexus being just a little taller. Even with a 4.65 inch display, the small bezel makes handling the device a breeze.

The overall design of the Galaxy Nexus reminds of a Galaxy S II mixed with a Nexus S. The curved display is a nice touch, even if it’s not as dramatic as we’d like it to be. The rear of the handset reminds us of the Galaxy S II’s textured backing but latest Nexus still stands on its own. The battery cover is actually a pain to put back on, as there are many different tabs you need to press in to secure it but it’s something you’ll likely get used to. Plus, given that there’s no removable storage on the device, chances are that you won’t be removing the battery cover all that much.

Speaking of the display, it’s seriously something to behold. The worries that the screen on the Galaxy Nexus would produce rigid edge and pixelation are quickly shot in the face, as the HD Super AMOLED display is beautiful. Colors pop and the new Roboto font is as crisp as can be. It’s really hard to say something bad about the screen. Whites are whites and blacks are black, just like you’d expect from even a standard AMOLED display. Having a 1280 x 720 resolution just helps.

Sporting a 1.2 GHz TI OMAP 4460, the Galaxy Nexus definitely isn’t in short supply of raw processing power. Everything seems snappy throughout on the Galaxy Nexus and while we can thank the snappy processor for a good chunk of that, Android 4.0 Ice Cream Sandwich. 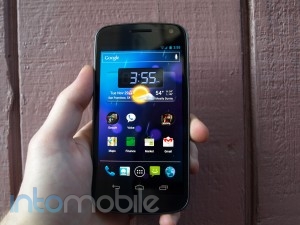 Ice Cream Sandwich is a dramatic departure from what we’ve seen on Android before. For one, it’s very easy on the eyes and it’s much easier to use. That said, In my short time with the device, I’ve realized that it will be hard to overcome certain Android habits that I’m used to doing with previous versions.

You’re still given the five homescreen panels we’re used to in Android and you’ll find that there’s a Google search bar on top of all homescreens now, which can’t be removed. Ice Cream Sandwich also introduces resizable and scrollable widgets and it’s been worth the wait.

The new layout is essentially Honeycomb for phones, as the same color scheme and navigational methods are found throughout. Applications and widgets are now found in the same place, which is something I’m not used to yet. Long pressing the homescreen will only give you options for wallpapers now, so this will take some getting used to when trying to add widgets if you’ve been a long time Android user.

Gone are the days that dedicated buttons for search and menu are required, as well as physical or capacitive buttons. Navigation buttons are now found on-screen, with only the options for back, home, and multitasking. The lack of a search option irks me right now and it’s one thing I’m not sure if I want to get used to. Luckily, there’s a hack for that.

Ice Cream Sandwich trims a lot of the fat that Android had on it prior and for the most part, it’s a good thing. The OS has never looked better and even though there is a slight learning curve, you’ll be cruising on ICS highway in no time with little troubles.

We still have a lot of digging around in Ice Cream Sandwich to come up with a final verdict but we can say that it’s pretty freakin’ sweet so far.

Check out the gallery and video below! 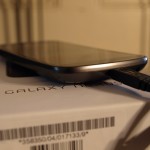 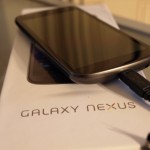 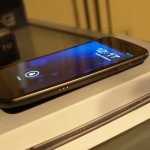 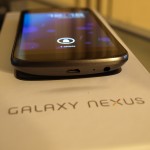 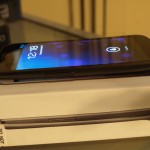 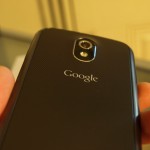 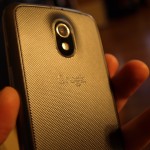 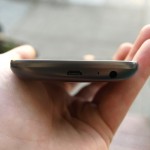 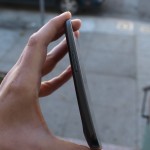 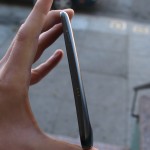 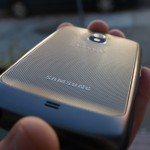 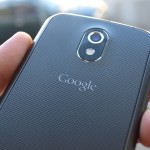 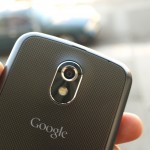 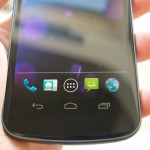 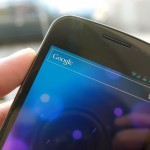 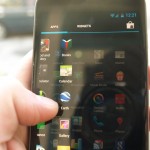 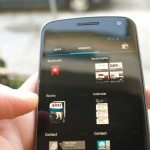 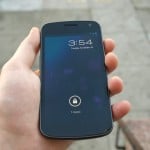 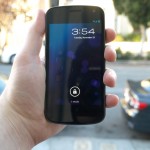 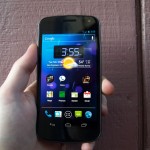 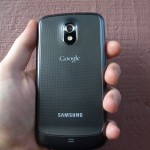 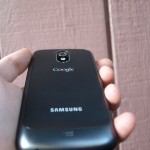 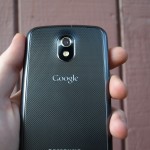 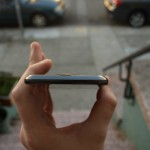 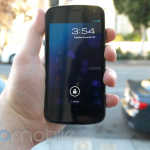 The FedEx guy just dropped off an unexpected package and I was excited that maybe the Galaxy Nexus had come...