While we’re hard at work on our official review for the Samsung Galaxy Nexus, we decided to snap a few photos to compare the size of the rather large device against a few other Android handsets. Some may like its size and some just won’t. While we are growing more fond of the Galaxy Nexus’ size, we figured we’d show off just what you’ll be working with if you choose to take the Nexus plunge.

Many people may have wanted to see the Galaxy Nexus next to the likes of the Motorola Droid RAZR and the HTC Rezound but these handsets are unfortunately spread throughout the IntoMobile team right now. That still didn’t stop me from working with what I had and I put the Atrix 2, T-Mobile myTouch, and Droid Bionic against the latest Nexus handset to see how it stacks up in size and thinness.

The Galaxy Nexus is a big phone but if you’re comfortable with a Galaxy S II or even some larger 4.3 inch Android phones, you should be just fine handling the Galaxy Nexus. Still, some simply may not need the massive 4.65 inch display that we’re in love with so far. The Galaxy Nexus is easily one of the tallest handsets we’ve ever come across, which can make for some awkward thumb-reaches when trying to access the notification bar, but it does seem to get easier once you’re used to handling the device. Overall, if you have some tiny mits for hands, the Galaxy Nexus may be a bit tricky to use.

These are only a few phones we had on hand but expect more comparisons to pop up in the next few days.

The Galaxy Nexus will definitely be too big for some people and will be just fine for others.  How big is too big for you when it comes to screen size of your smartphone? Sound off in the comments below! 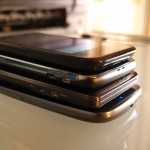 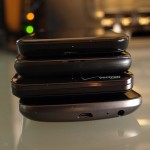 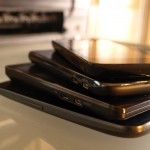 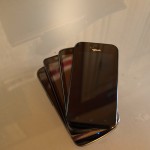 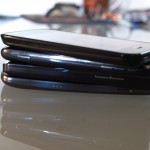 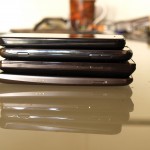 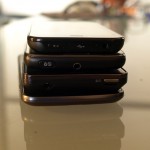 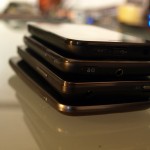 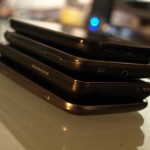 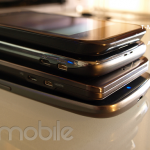