The Huawei Honor, or U8860, just arrived at my doorstep and it represents a very interesting device for the handset maker. It’s expected to be relatively cheap (about $300 unlocked) but it packs a ton of specs and has a fit and finish that Huawei isn’t generally known for.

The Huawei Honor packs a 1.4 GHz Scorpion CPU, 8-megapixel camera that can record 720p HD videos, 512 MB of RAM and a 4-inch touchscreen with a 480 X 854 resolution. The overall design looks like what would happen if the iPhone 4 and original Galaxy S had a baby: it’s a somewhat blocky design with hard plastics but it does feel pretty nice in your hands.

The 4-inch screen looks pretty good and it’s responsive but it’s nowhere close to the high-end displays we’ve seen from Samsung and LG. That’s fine though, as this is more of a mid-range device. Underneath the screen, there are the four standard Android buttons and the front-facing camera rests above the display.

The right spine of the Huawei Honor is completely clean and the standard headphone jack and power/unlock button rest on top. The left spine has the one-piece volume rocker and bottom has the microUSB spot. The back is a hard plastic with some subtle smooth curves and you’ll also find the 8-megapixel camera, flash and speaker. Popping off the cover is simple and it reveals a large battery and the expected features inside.

The Huawei Honor also has some neat software flourishes on top of Android 2.3.6 Gingerbread, including the ability to quickly hop into apps from the homescreen. There are also some UI elements but it’s not quite as smooth as what we’ve seen from Samsung, HTC and others.

Still, the Huawei Honor is expected to land on Cricket next year as the Glory and it’s shaping up to be quite a nice device with an entry-level price. Check out the pics below and let us know if there’s anything else you want to know. 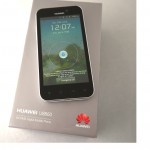 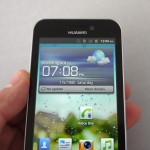 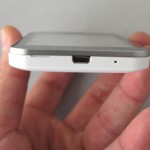 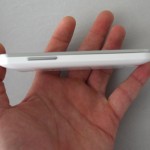 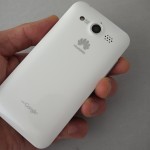 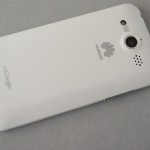 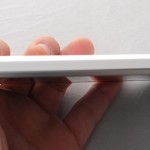 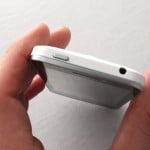 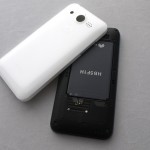