Well, folks – the wait has been pretty long from when Nokia announced it will be making Windows Phone 7 handsets, but the wait is nearly over as T-Mobile announced the first Nokia WP7 device for the US market. We attended an exclusive event in New York City this evening in order to get our grubby hands all over the Lumia 710.

One of the first things I noticed when I picked up the Lumia 710 was how incredibly light-weight the device is. There’s a lot of power and ability in its small frame as menus fly by, meaning the Windows Phone 7 OS operates without a hitch. The front of the device has a nice 3.7-inch screen, which isn’t amazing by today’s standards in smartphone screens, but for a $50 device, it’ll perform well enough.

For the Lumia 710 having a 1.4 GHz processor, I was really impressed by how fast the device performed. As I said earlier, the Windows Phone 7 OS performed very well on this device and that’s certainly one of its strong points. When you factor in that the Lumia 710 is a “4G” device, then you’ll really be able to perform most of your tasks at some pretty nice speeds.

During our hands-on time we got to check out a few of Nokia’s special apps – namely Nokia Drive and Netflix, although ESPN and Nokia’s Mx Radio should be made available soon. Nokia Drive performed very well as it offered turn-by-turn directions within a great looking virtual map.

We’ve seen a number of Windows Phone 7 devices come and go, but the Lumia 710 is quite the unique device as it brings all of the good things that WP7 offers in a light-weight, speedy $50 phone. When the Lumia 710 launches on Jan. 11, it’ll definitely make quite the important case that not all worthwhile smartphones need to be sold for $199+.

Be sure to check out the video and gallery below! 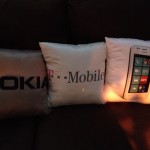 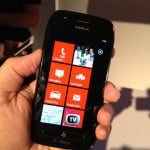 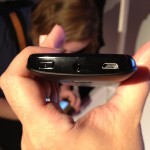 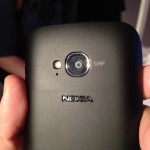 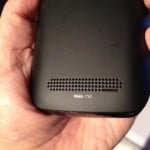 Well, it looks like our speculation was right on as T-Mobile will be bringing the first Nokia Windows Phone to...