Boost Mobile, one of America’s more popular prepaid operators, is going to offer the LG Optimus Black and Samsung Replenish at some point in 2012 according to press photos that were leaked to PocketNow. They don’t have any specific details as to the the exact release date or pricing, but considering the Optimus Black is going to turn a year old next month, and the Replenish has been out for 18 months already, we can’t imagine either of these two devices being terribly expensive. So are actually any good? The Optimus Black has one thing going for it, it’s insanely thin. Thinner than an iPhone 4/4S at just 9.2 mm. Knowing how Boost Mobile has offered devices in the past, they’re also likely to tell LG to take off as much of their Android customizations as possible, making it as close to stock Android as they can. As for the Replenish, it has a QWERTY keyboard and it’s made out of recycled corn. Something hippies might care about, but that’s about it. 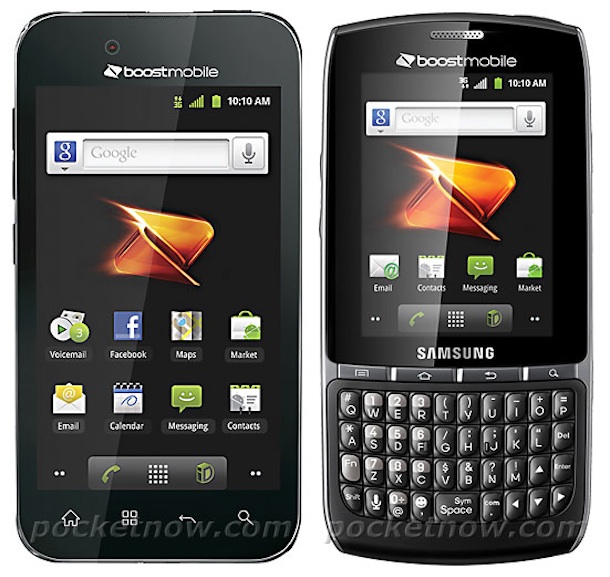 To tell you the truth, you’re better off buying a used smartphone and going with either H2O Wireless or Simple Mobile. Both don’t sell devices, they just sell you a SIM card. So take the Nexus S for example. It’s a fine Android device, just 1 year old, and because it’s a Nexus it’s first in line to get updates to the latest versions of Android. In fact, Google has already started pushing Ice Cream Sandwich to the Nexus S. Know how much it’s going for, used, on Amazon? Just $250, which is $20 more than the highest end phone currently sold by Boost Mobile, the Samsung Transform Ultra. Not only does the Nexus S have a better screen, but it also has a better camera, NFC, and because you’re buying something used you’re essentially recycling hardware that would have otherwise sat in someone’s drawer for years.

2011 in Review: Why I didn’t buy a new phone this year and why I’m unlikely to buy one next year too

I'm getting old. My girlfriend forced me to buy a nose hair trimmer. Her pet name for me is "Grandpa"...