Just when you thought that the Streak brand of devices was dead, think again. This is somewhat surprising because the company just killed the Streak 7. It turns out that an Android handset dubbed the Dell Streak Pro 101DL, just showed up in the FCC database with a V04B moniker and 1,700 MHz WCDMA radio. The FCC label diagram is attached below. The phone carries some decent specs which include:

Now, it’s no secret that Dell been getting cozy in China over the past few months, as the country’s search giant Baidu has hooked up with Dell to kick-start its very own smartphone ecosystem called Yi (which is an operating system built on top of Android), but so far we’ve heard nothing when it comes to specifics on the hardware.

It’ll be interesting to see how things unfold for Dell in the new year, especially since the company officially pulled itself out of the Android tablet market in favor of Windows 8. There’s no real announcment as to when this Streak Pro 101DL will release, but there’s a chance we could see the launch of this phone in China as soon as tomorrow, with an unsubsidized price tag of CN¥3,000 (about $475). 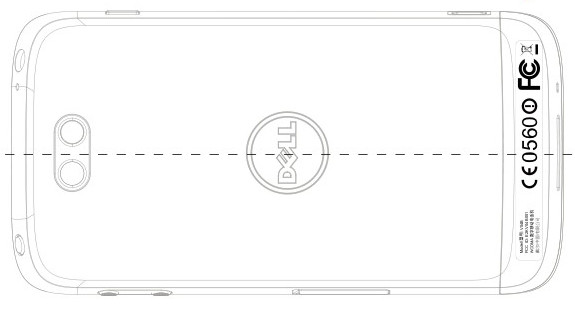