After hearing the rumors, and finally an official announcement, we finally got a little hands on action with Sprint’s Samsung Galaxy Nexus. The Ice Cream Sandwich “Superphone” certainly didn’t waste any time after the Verizon launch, even though the release date still hasn’t been released.

Like the Verizon version, the Sprint Galaxy Nexus is a bit thicker than the HSPA+ version, as expected. It’s a bit heavier but doesn’t feel too heavy in the hand in any way. In fact, some may like the extra heft, as the lightness may feel cheap to some. Other than that, this is pretty much the same Galaxy Nexus we’ve seen once and again. There’s one exception, however.

When the Sprint Galaxy Nexus was leaked on a CNET ad, it claimed to have a 1.5GHz dual-core processor. When handling the device, the rep said that the processor has yet to be confirmed, which basically says to us that Sprint is looking to really tout the speed bump. There is a possibility that the handset could indeed still ship with the same 1.2GHz TI OMAP 4460 but we wouldn’t be surprised at all to see a 1.5GHz dual-core CPU.

Overall, this is the same Galaxy Nexus that we all know and (most) love. The Ice Cream Sandwich handset should be hitting Sprint shelves soon but how soon is still up for question.

Hit the gallery up below to see more! 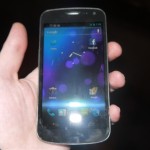 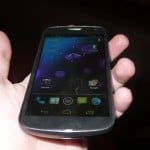 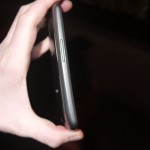 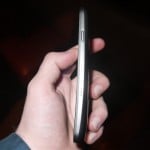 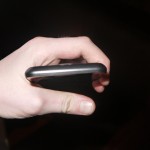 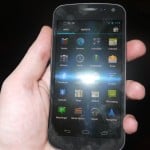 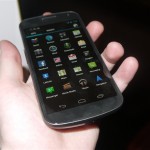 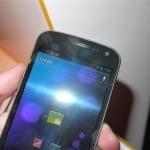 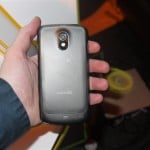 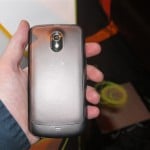 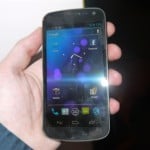 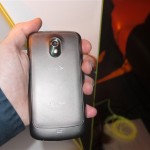 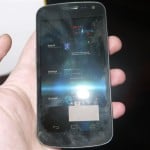 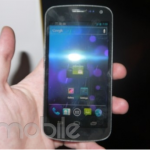 Well, we knew Intel had some smartphone plans to announce when it showed off a reference smartphone at CES 2012...