We just spent way too much time (in a good way) at Lenovo’s trailer here at CES and got some hands-on love with the new K800 handset, which sports Intel’s new 1.6GHz Atom Z2460 processor. From its power to the overall design, the K800 is an interesting handset that’s very easy on the eyes.

The handset has a very unique design, especially on the back side. The rear of the device is all plastic but has a brushed finish, which gives it a wood-like look and feel. Other than the great internals within the phone, the back side is our favorite part of the K800, but let’s move forward.

The K800 sports a 4.5 inch 720p display, 8 megapixel camera on the back, front-facing camera, and other expected features like WiFi, Bluetooth, and GPS. Running on Android 2.3 (or at least the unit we demoed was), the K800 may ship with Android 4.0 Ice Cream Sandwich when it launches on China Unicom. Hopefully.

Below the gorgeous display, you’ll find the three capacitive buttons found on the majority of Android phones today, Home, Back, and Menu. Overall, the design of the handset looks rather boxy, which some may or may not like. We’re fans of the design but the real story is about the newly announced Intel Atom Z2460 powering the device.

While we’ve already seen dual-core processors clocked at 1.5GHz, the single-core Atom Z2460 should still be comparable thanks to the use of HyperThreading. Intel also claims that the new Atom will yield favorable battery life compared to that of existing ARM-based handsets, but the jury is still out on that one.

The K800 is an impressive handset and is just one of the many things we really liked coming from Lenovo here at CES. Let’s hope for a stateside release in the near future. 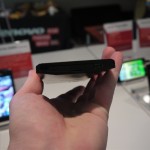 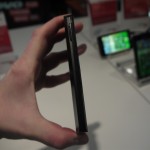 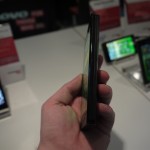 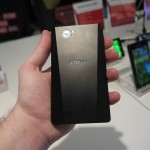 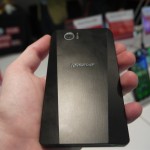 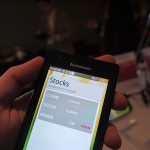 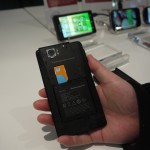 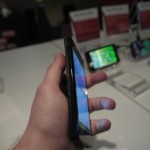 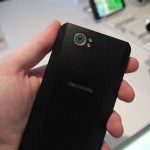 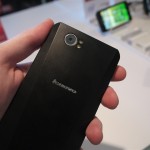 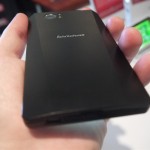 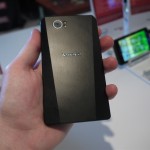 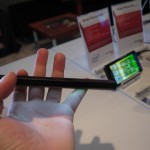 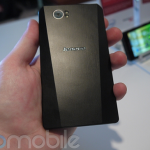