Earlier this week we saw an image of a devilishly handsome Sony Ericsson device called the ST25i “Kumquat” hit the internet. It looks exactly like the Sony Ericsson Xperia S that was launched at the Consumer Electronics Show earlier this month, except that it has a 3.5 inch screen instead of a 4.3 inch screen. Under the hood you’re looking at a 1 GHz dual core processor, 5 megapixel rear facing camera, and while that 3.5 screen isn’t going to be pushing 720p like today’s Android superphones, it’s going to deliver a more than acceptable quarterHD (960 × 540 pixel) resolution. So we know the specs, and we know it’ll be announced at Mobile World Congress, but there are three crucial pieces of information missing: price, availability, and product name. Sadly we don’t know the first two, but thanks to Indonesia’s telecom authority we do have a name: the Sony Ericsson Xperia U. 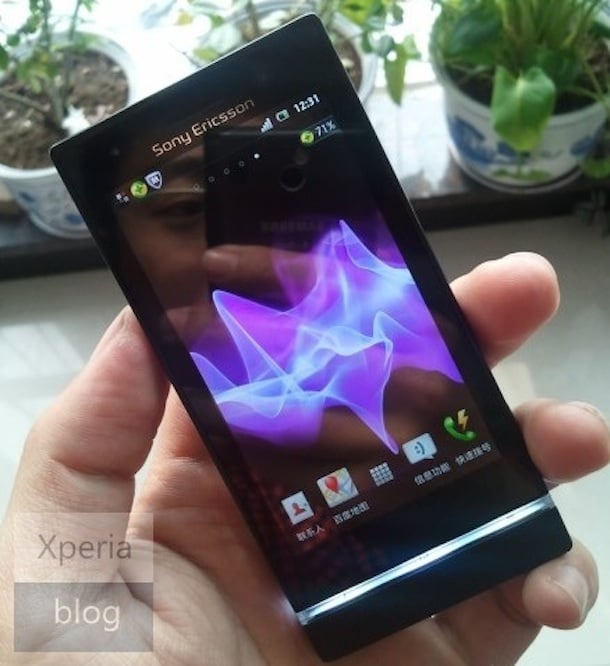 We have to applaud Sony Ericsson here since they’re the one company in the mobile industry that recognizes that there’s a market for small smartphones. It all started with the Xperia X10 Mini and Mini Pro, both of which launched in early 2010 and had a minuscule 2.55 inch screen. Besides the screen being too small, the device was also underpowered, but the potential was most certainly there. Next year, in early 2011, we saw the successor the the X10 Mini family announced, aptly called the Xperia Mini and Mini Pro. The screen size jumped to 3 inches, as did the processing power under the hood, and those two devices proved to be a huge success. Just a few months ago, in October, we also saw the Xperia Ray hit the market. It features a 3.3 inch screen and for all intents and purposes it’s a no compromise Android smartphone. The Xperia U with its 3.5 inch screen looks to continue the trend of giving people a smartphone without forcing them to use something with a massive display, and we can’t wait to play with one!

Rumor: Samsung will not announce the Galaxy S III next month, will wait until the summer instead