Ask any PC gamer anywhere in the world what their favorite digital marketplace is and they’ll tell you without hesitation, “ORIGIN!” OK, that obviously wouldn’t be their answer. We all know Valve’s Steam digital marketplace is where it’s at with their insane amount of sales, ease of use, and supreme social networking abilities. And now, Valve has released an iOS & Android app that allows Steam users to take the service they love so much wherever they go.

Steam Mobile for iOS & Android allows Steam users to access the majority of the Steam service through their mobile devices. Users will be able to chat with friends, browse community groups, user profiles, view screenshots, and of course, keep up to date with all of Steam’s sales and purchase them straight from your iOS or Android device.

After playing around with the app for a bit this afternoon, I can tell you it acts very similarly to the Facebook app in terms of its overall usability. You can customize what section of the app greets you when you first start, and buying games on the service to be played on my PC or Mac is super easy. I did notice the chat function did have a bit of a lag compared to chatting on my computer, but I’m sure when users are out and about, they won’t even think twice about it.

The Steam Mobile app is currently in beta, which means you can certainly download the app right now, but you won’t be able to access the good stuff unless you receive a beta code from Valve. The app currently works very well, even though it’s in its beta phase, so I don’t see why Valve couldn’t release it to the public within a month. 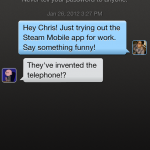 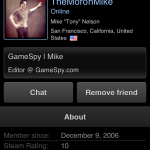 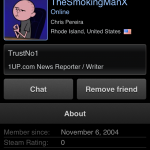 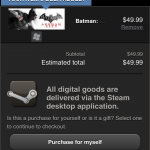 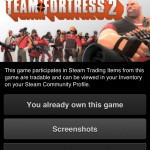 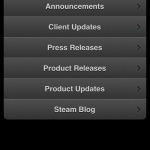 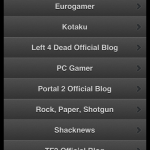 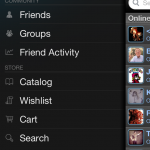 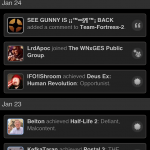 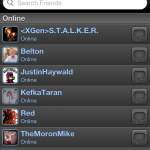 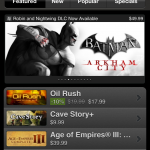 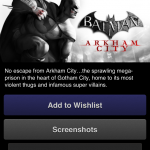 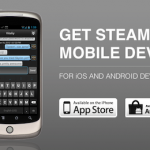