Apple’s third generation tablet is set to be announced within a matter of weeks, at least we think it is because March is the month that Apple has used in the past to launch both the first and second generation iPad. For as long we can remember there have been rumors suggesting that it’s going to look exactly like the iPad 2, except that under the hood there’s going to be a quad core processor and that the screen resolution will be increased to an absolutely ridiculous resolution of 2048 x 1536 pixels. Several hours ago an image hit the internets showing what’s claimed to be the rear casing of the iPad 3. As you can imagine, it looks exactly like that of the iPad 2. What’s interesting however is some new information regarding the Apple A6 chip that’ll be at the heart of the iPad 3. It supposedly isn’t going to be quad core, instead it’ll have only two cores, but those cores will be paired up with a much more powerful graphics processor. 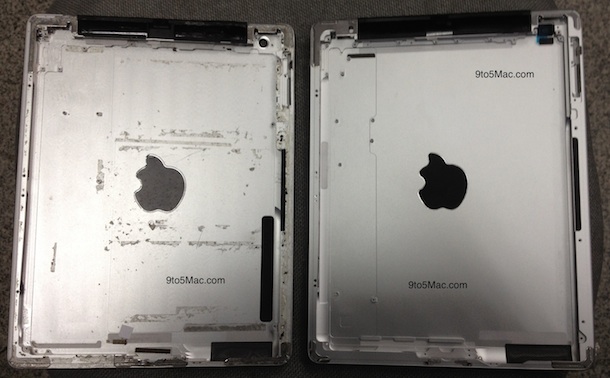 Now before anyone gets upset about this, note that we don’t have any information about what kind of cores Apple is using. We can easily imagine Apple wanting to go with ARM’s Cortex A15 processor, which clock for clock is 40% faster faster than the ARM Cortex A9 inside the iPad 2. In other words, two 1 GHz Cortex A15 chips should deliver the same amount of compute power as two 1.4 GHz Cortex A9 chips. Assuming the Apple A6 chip is built on a new 28 nanometer process, Apple could easily clock those Cortex A15 processors to 2 GHz, which would be the equivalent of a pair of Cortex A9 chips running at 2.8 GHz. Translation? Ludicrous speed.

At the end of the day though there’s no need to get too hung up on specs. People who buy the iPad don’t care about what makes the iPad tick, they care about the apps that they’ll be poking and prodding at for hours on end.

Air Force is ordering 18,000 iPads for its cargo planes

The Apple iPad is making its way into the hands of some service men and women, as 18,000 iOS tablets...