Ou pals over at BGR got their hands on what they claim to be iOS 5.1 and this new version of the Apple software includes a revamped lock screen and a more intelligent Siri.

One of the cool new features of iOS 5.0 was the ability to double tap the home button on the lock screen to bring up an icon to quickly launch the camera. This quick access to the camera was previously available in Windows Phone and some Android devices, and we always liked it because this made it easier to grab your phone from your pocket and take pictures quickly.

It looks like that may not be fast enough for Apple, as BGR says iOS 5.1 has a lock screen with a fixed camera button next “and instead of tapping on it to launch the camera, you simply drag the entire unlock section up to reveal the camera finder.” Considering how awesome the camera is on the iPhone 4S, we would love to have this feature.

The coming update for Apple’s mobile devices should also include an improved Siri, which should now know Japanese. This photo from BGR may prove that: 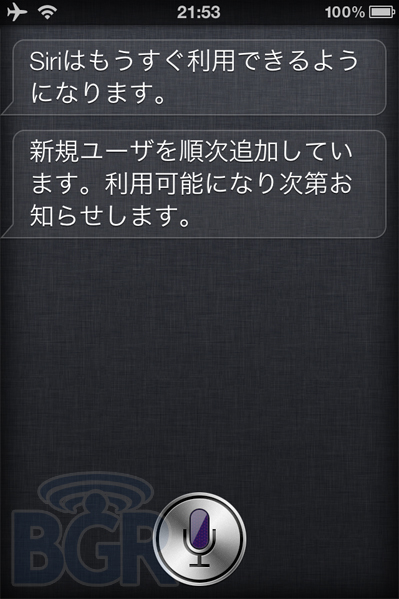 We expect iOS 5 to launch alongside the iPad 3, which may be coming as soon as the first week of March. I’d also bet that iOS 5.1 will also have some tweaks to its permission models thanks to the whole address book controversy caused by Path.

Want March Madness on mobile? Get ready to pay up

We're just a few weeks away from one of the best sports events out there and March Madness will be...