Two new iPad 3 rumors sprang up over the weekend, rumors which we wish would stop already since we’ll know everything there is to know about the iPad 3 in less than a month. Anyway, the first rumor is from a Chinese website called WeiPhone, which managed to get a photo of what’s supposedly going to be the iPad 3 motherboard. On said motherboard is a massive chip labeled A5X, as in the successor to the A5 that’s currently inside the iPad 2 and iPhone 4S. The folks at MacRumors took a close look at the markings on the chip and discovered that it was manufactured in late November. They also found the technical model number of this chip in question is S5L8945X. To put that into some perspective, the A4’s model number is S5L8930X, and the A5’s is S5L8940X. In other words, the transition from the A5 to the A5X isn’t as big of a deal as the transition from the A4 to the A5. Anand Shimpi, Editor in Chief of AnandTech, speculated in a tweet that the A5X is nothing more than an overclocked A5:

If Apple is calling it the A5X then it’s likely a 32nm dual-core A9/SGX 543MP2 at higher clocks. This makes me wonder what the 5 will use…

It makes sense when you think about it. All of Apple’s chips thus far have been built on a 45 nanometer process. Making the A5 smaller by using a 32 nanometer process and ratcheting up the clocks is a safer bet than designing an all new chip. Just take a look at Samsung’s Exynos 4212, announced back in September of last year. It’s the same Exynos that’s inside the Samsung Galaxy S II, except built on a 32 nanometer process, clocked 50% higher, and is said to have an improved GPU. Knowing Apple’s relationship with Samsung when it comes to supplying system on chips, it wouldn’t be a stretch to say the A5X is nothing more than a tweaked Exynos 4212 with a PowerVR Series5XT GPU instead of an ARM Mali. By the way, Samsung licensed PowerVR’s SGX MP back in November. 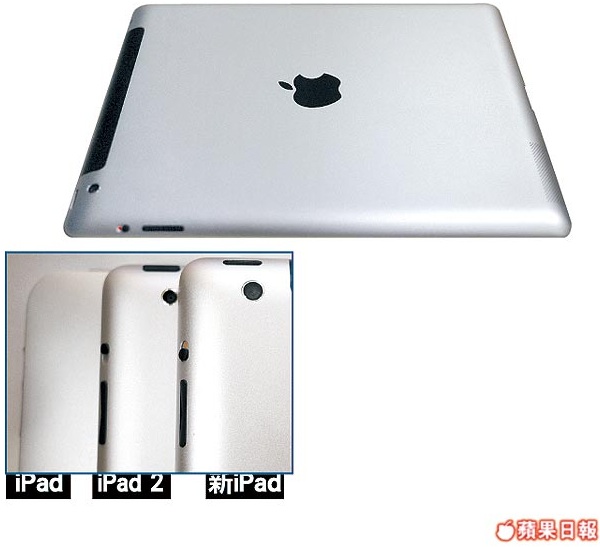 As for the second rumor, it’s from the Taiwanese news site Apple Daily. The supposedly have an image of the iPad 3 and say that it will have an 8 megapixel rear camera. True or not … like we said earlier, we’ll find out in less than a month.

Facebook could make $1.2 billion from mobile ads per year