The HTC One S (Ville) is official and boy are we impressed with what the company has come up with for its 2012 line up so far. Following in the footsteps of the HTC One X, but with specifications for a user who doesn’t care to have the latest and greatest tech, without sacrificing much power, the HTC One S may be the handset for you. Best of all, the One S will be landing on T-Mobile USA out of the gate when its released.

Even without picking the HTC One S up at all, you can just see how thin the device is. Coming in at 7.9mm, the One S is impressively thin without being uncomfortably thin like some other phone that will remain nameless. The 4.3 inch display is of the Super AMOLED kind, which allows for great color saturation and truly black blacks (this is because AMOLED displays do not have to produce the color black – the pixels are just off). When we first got hands on with the device, it was surprising to see just how small a 4.3 inch screen seems these days, especially having the One X sitting right next to it.

As far as raw processing power goes, you can expect the HTC One S to ship with a 1.5GHz dual-core Snapdragon S4 processor, which should do all but disappoint.

The in-hand feel is typical HTC, which is nothing short of spectacular. Like the One X, the One S does not have a removable battery or expandable memory, but also comes with 25GB of free DropBox storage. The handset will come in two different shades, a black version, which has metallic red ring around the camera, and a charcoal version  that has a blue/turquoise ring around the camera.

The One S also ships with Ice Cream Sandwich with Sense 4.0 on top, as well as the new digital imaging sensor on its 8 megapixel camera. Like the HTC One X, the One S can snap a shot in just 0.7 seconds and can auto-focus in a mere 0.2 seconds, thanks to the new imaging sensor.

Since this is a T-Mobile-bound device, the One S will support Magenta’s HSPA+ 42Mbps network, and is the carrier’s thinnest smartphone to date. If you’re not in need of something as powerful or big as the HTC One X, then the One S will fit the bill and you’ll easily be impressed with the power that this handset does have under the hood. 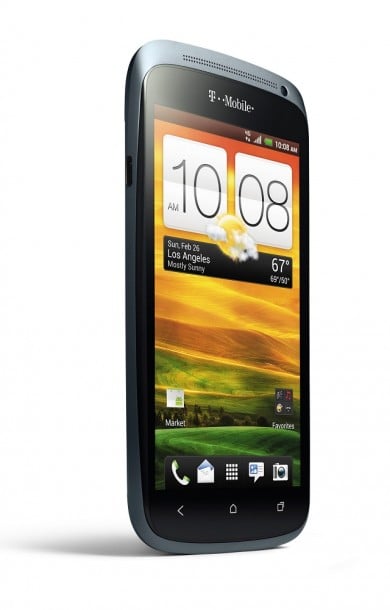 HTC One X is the geek’s wet dream come true

The HTC Endeavor is finally official and like the rumors stated, it's now called the HTC One X, which is...