Apple announced the new  iPad HD today, which received the response we were expecting – Apple fans practically seizing on the floor. The new iPad comes with some great new specs, many of which have been asked for some time now, and now said specs are packaged into one device. We decided to throw our opinions up into a post, and explain why we will or won’t be buying the new iPad, so read on! 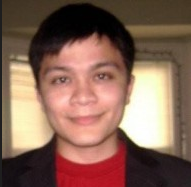 Yep, I’m buying the new iPad even if it has a silly name. I happily purchased the original iPad and felt it was cool, even if it was mostly a toy. It made plane flights tolerable and surfing the web on my couch fun but it wasn’t really needed. Now that I’ve bought a stand for it and have it set up next to my work computer, I’ve found that it can have a ton of value as a somewhat powerful work machine which can be easily taken with me for light computing.
I liked the iPad 2 but didn’t think it was enough of an upgrade to plunk down the cash for it. My original iPad does seem bulky and heavy now but I’m a grown man, I can handle that. What I can’t handle is how sluggish it has become and how some apps and media stutter and slow down. I can’t even try some of the fun new apps like Adobe’s Photoshop because it just doesn’t have the horsepower.
So yes, Apple is going to get my hard-earned money for the new iPad with its stronger processor and I’ll be drooling over that Retina Display. I can’t wait to see what clever app makers will do with this. The boosted cameras should be fun but I think taking photos with a tablet is lame. The 4G LTE support is nice but I’m a WiFi-only man with tablets – if I ever need data on the go, I can just hotspot my phone.

A more powerful iPad with a beautiful new display for about $500? Sure, I’m in. 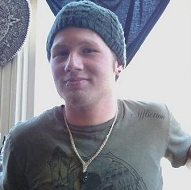 Today’s announcement of the new iPad wasn’t underwhelming in the least bit, as we essentially got everything we were expecting and more. That said, what’s more exciting for me is the fact that the iPad 2 is now cheaper, which is something I said would happen a couple of weeks back. Unsurprisingly, Apple will maintain its lead in the tablet space for some time now, even as Android and other OS’ advance. Still, I won’t be grabbing an iPad 3 iPad 2 for a couple of reasons.
All in all, I’m still not completely sold on tablets. Tablets remain a toy that no one really needs, especially when most smartphones are just as capable of doing the exact same things. Screen size is important but with a 9 inch+ tablet laying around my house, I’d rather just watch something on my TV or laptop. If I were to actually grab a tablet this year, it would undoubtedly be a 7 incher. It’s the only size that’s portable enough for me to feel like I can replace my smartphone on the go, and portability is most important to me. Sure, you can be “that guy” and pull out an iPad or Galaxy Tab 10.1 on a bus but that’s not going to happen any time soon for me.
I’ve also never cared for iOS, and that’s not from an aesthetics standpoint, but functionality (and that’s also not to say that iOS is not functional in the least bit). I’m a geek and love the customization options Android provides, plain and simple. I’d still grab an Android tablet because of the sheer choices available to me. At the moment, the only tablets I’m currently interested is the $250 Tegra 3 tablet coming from Asus and the possibility of the $200 Nexus tablet that will likely debut at Google I/O 2012. Not necessarily because they are cheaper but because they have 7 inch screens I’ve been wanting, all while remaining just as powerful as the 10 inch variety.

If I were interested in an iPad at all, it would most definitely be this model but I still can’t say that I truly care at all about LTE, and while the HD display is sexy and crisp, I’d rather wait it out and allow for more apps to become available that will utilize such a display. 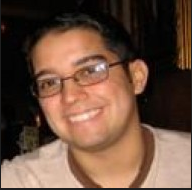 It’s become somewhat of a tradition for me to sell my old iPad to help purchase the new iPad ever since the iPad 2. It looks like I’ll be keeping this tradition alive with “The new iPad” or whatever it’s actually going to be called. With its A5X processor, Retina Display and RAM that outperforms consoles, I’m certainly going to pick up an iPad seeing as I’m the resident gamer around here and I need to play my games all nice and perty like.

I’m sure the library of already amazingly visual titles for the iPad 2 will become even more amazing once developers update their games to take advantage of the mind-blowing 2,048 x 1,536 Retina display. I drool every so often when I play a game on my 1080p LCD at home, and it looks like I might go full retard when I play a game at that resolution level. 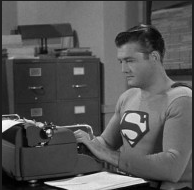 I’m not going to buy an iPad 3 because I’m still not sold on the whole tablet idea. I have a 17 inch MacBook Pro running Mac OS X 10.6 that’s my workhorse, an 11.6 inch netbook running the Windows 8 Consumer Preview that I use while traveling, and an iPhone 4. They all do everything I need them to do perfectly. That being said, I’m looking forward to seeing what iOS 6 is going to be all about since Apple’s mobile operating system is getting a bit long in the tooth. Not that there’s anything wrong with it, I’m just blown away by what Google and Microsoft have recently brought to the tablet, so I’m curious to see how Apple will react. But back to the iPad 3, these days I’m trying to spend less time in front of screens, so adding another one to my life, regardless of how sharp it may be, is just counterintuitive. 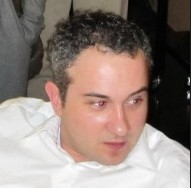 I’m one of those guys who still haven’t found the use case for tablets. I love how they work, but I still have to commit my money to buy one. That said, I ain’t gonna buy the new iPad, at least not until I see some really awesome app that could help me increase my productivity (which is my obsession).

On the other hand, I’ve no doubts Apple will kill it with the new iPad… again. Even though Android tablet makers have significantly upped their game, they still have a lot of catching up to do to come even close to iPad’s sales figures. The new iPad is expectantly better and faster, and people will love it.

It's been a huge day for mobile news, as Apple unveiled the new iPad (yeah, that's what it's called) and...