I’m on the ground here in rainy Austin for the SXSW festival and I made a beeline for the Samsung blogger lounge because Rovio was showing off Angry Birds Space for the first time. You know we had to see how these angry birds would fare in zero gravity.

Rovio has pumped out a lot of Angry Birds games over the years but some have been critical because these were very iterative: most included new visuals but didn’t really change the overall game. Angry Birds Space does retain the aspects you know and love about the franchise but the gravity and physics elements definitely add new layers to the game. Heck, they had to get NASA to explain some of the physics in the new game, so you know it’s pretty complex.

What struck me is that Angry Birds Space brings back that extremely fun and addictive feeling you got when you first played Angry Birds. This one’s easy to pick up but difficult to master – even more so with the addition of new birds (laser, freeze, etc.) and various degrees of gravity. Rovio is also promising that there will be a “Danger Zone” which will put even the most experienced bird flinger on their toes.

The Angry Birds Space game will be available March 22 and it will also come with a new lineup of plush toys. So, check it out below and let us know what you think. 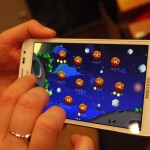 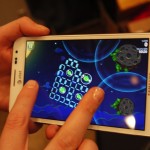 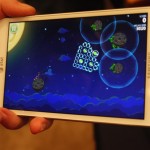 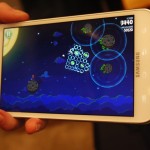 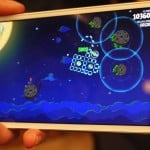