If you’re a hardcore console or PC gamer, then the name Turtle Beach should be known to you quite well. My first experience with the company was back in the 90s when I purchased one of their sound cards for my PC. The company has matured from just offering sound cards to directly influencing your ear holes with a slew of headsets designed for individual systems as well as all-in-one headsets.

At this year’s CES, Turtle Beach announced it would not only be coming out with new console & PC headsets, but will also be setting their sights on the mobile gaming platform by delivering some of its first mobile-focused gaming headsets with its M1, M3, and M5 headsets. An M5 found its way to my office, so I decided to give them a spin to see if Turtle Beach captured the magic found in its console & PC headsets and fairy dusted its mobile headsets with that same magic.

Turtle Beach’s Ear Force M5 is made for portability as its lightweight design is matched with over-the-ear breathable fabric mesh ear cushions that have 40mm drivers working behind them. To say the M5 is comfortable is an understatement as I easily wore them for an entire work day without feeling any fatigue on my ears. When I wanted to take a break from listening to audio on my M5, I was able to twist each ear cup to lay on my chest which not only kept easily accessible to put back on, but the sleek design of the headset and its graphic art made me look downright sexy in the process.

As is customary for the majority of mobile headsets these days, the M5 comes with an in-line microphone that can be used to take calls, pause, play, and navigate through music, and also allows for hands-free chatting on the phone or during a game that supports in-game chat. The in-line microphone and call control are at a comfortable area that is easily accessible. The M5 also features a tangle-free cord for those of you who can’t help but stuff your headphones in your backpack without tying up its cord.

Now on to the most important portion of any headset review: its sound quality. During my time with the M5, I noticed no distortion what so ever and games sounded crystal clear. I was able to navigate through FPS games and know where I was being attacked from just by the sound, as well as know an opponent was slowly catching up behind me in racing games. Not only does the M5 perform very well with games, but it plays music at a great quality as well. I tested a wide variety of music from classical, to hip-hop, to even dubstep, and all of them sounded great.

If you’re in the market for a mobile gaming headset to play your iOS, Android, PS Vita, or Nintendo 3DS games, then you can’t find a better headset for $50 than Turtle Beach’s Ear Force M5. The sound quality is superb, its comfort level is through the roof, and they’re easy to carry around. As long as you have a neck or a backpack to carry them around for when you’re not using them, then you’ll be quite happy with your $50 investment. 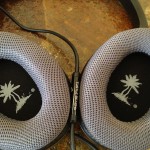 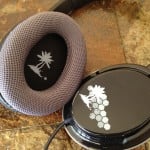 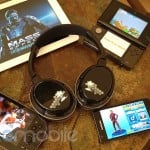 Rumor: ZTE to launch a low end Windows Phone called the Mimosa in May?

Last month at Mobile World Congress we saw ZTE announce a bevy of smartphones, one of them being the Mimosa...