Earlier today at an event in New York City, HTC & Sprint invited a number of media outlets for a special event to revitalize its EVO line of handsets with the HTC EVO 4G LTE.

One of the first things that customers will notice with the EVO 4G is the fact that HTC has done away with the polycarbonate shell of the One X and replaces it with a sleeker aluminum case with a black metal finish. This makes for a more executive feel as, although the top-half of the back of the device doesn’t have any aluminium on it, instead housing the area with a shiny black plastic shell. I’m not entirely sure why HTC decided to make 60% of the device aluminum and 40% black plastic, but that’s what they’ve done with the EVO 4G.

With the EVO 4G, HTC has put a lot of emphasis on the device’s camera by not only placing a 8MP camera with an f/2.0 lens that lets in 44% more light than most cameras on phones, but it also takes pictures blazingly fast thanks to the zero-lag HTC ImageSense technology that’s running on the device. Taking multiple pictures is super easy to do as you can just hold down the shutter button and the EVO 4G will do the work of taking a ton of photos and allowing you to capture just the right moment. After you complete your continuous shots, you’ll be able to select your favorite photos from the set and delete the rest of them. The continuous shots mode was by far my favorite addition to the EVO 4G. 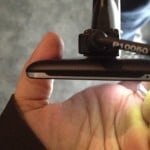 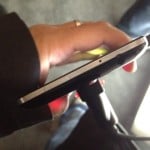 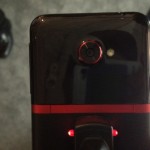 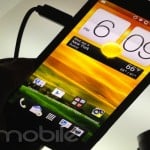 Sprint rejuvenated its Evo line of smartphones withe a new offering from HTC. The Evo 4G LTE is the Sprint-branded...