If you have children or if you just know a good game when you see one, then you might be familiar with a game that came out last year called Skylanders Spyro’s Adventure. The game quickly became the #1 kids game of 2011 as it merged a video game with a toy franchise in a genius way. Skylanders’ toys have been selling like hot cakes, with new Skylanders Giants getting ready to hit the market this year. But before that, Activision has set its sights on the iOS platform as it released Skylanders Cloud Patrols.

Skylanders Cloud Patrols introduces a new region of the Skylands which has been overrun by Kaos’ evil minions. You’ll take control of a sky-ship that can be piloted by one of 30+ unlockable skylanders as you use touch-based gestures to attack Kaos’ minions. You’ll tap and swipe as you take aim with the gun of your sky-ship, all the while attempting to achieve the highest combo possible in order to be rewarded with coins, which serve as the in-game currency.

The game allows for each character and Magic Items to be unlocked for us in Cloud Patrol by way of a code that’s included with every Skylanders action figure. It’s also possible to unlock characters and Magic Items by spending in-game currency if you don’t have any Skylanders figures on hand. Once new Skylanders are unlocked, they’ll be added to the virtual mobile skylanders collection where they can be used in-game, as well as be available to view in the game’s 3D character viewer.

If you or your kids have been looking to play some more Skylanders with your collection of figures, Skylanders Cloud Patrols is available now for all iOS platforms for only $.99. Hardcore Skylanders players will certainly be happy with this game seeing as they can finally play with their figures without needing to hook up their portal to their console. Just make sure to have your kids wash their hands before they start poking at your precious iPhone or iPad. 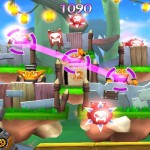 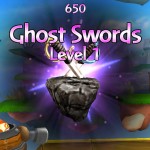 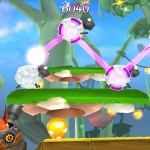 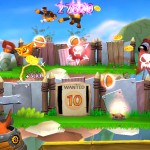 Halfbrick gets on board GetJar Gold virtual currency

Halfbrick, the maker of popular mobile games like Fruit Ninja and Age of zombies, announced that it is the latest...