Life’s not that good for LG’s mobile arm right now, as the company has fallen from its third-largest cell phone manufacturer slot, it has been outpaced and outclassed in the smartphone market while also being squeezed in the entry-level side. In a meeting at its Seoul headquarters, the company admitted its failings but believes it is now well-positioned to fight its way back to the top.

LG was really hitting its stride a few years ago with its feature phone portfolio, as devices like the Chocolate were well-received and generated a lot of revenue. The iPhone then came out and greatly accelerated the adoption of smartphones and like many handset makers, LG struggled to adapt. While it will still produce some feature phones and low-end devices, LG said it knows where it has to focus.

LG was able to release some smartphones last year which sported very impressive specs but still fell short in some aspects. For example, the Nitro HD had the best 720p screen I’d seen until that point but the software sported some lag and I don’t feel like the customizations to the platform really added that much.

While Saw didn’t disparage the company’s previous products, he said that LG Mobile is firmly in the middle of a reinvention which places its focus on an incredible user experience that’s based on a holistic blend of technological innovation, software optimization and a larger push in branding. This approach may seem simple at its core but actually implementing this at scale for a company as large as LG takes time and is filled with challenges.

Chief among those may be trying to change a company culture. 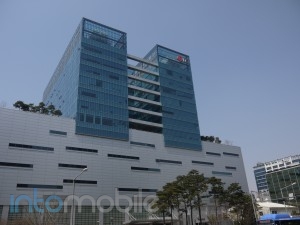 LG Electronics makes a lot of stuff and much of it is pretty darn good. If you’ve been working there for a while, it’s more than likely that all of your electronics are made by LG. This isn’t a bad thing but it can sometimes insulate you from what the competition is doing and that impacted LG in some ways.

LG’s Chief Research Engineer Henry Nho gave me a concrete example of how this torpedoed some of its previous smartphone efforts. Internal evaluators would give mobile devices a thorough working over but they didn’t have a great barometer of how an amazing smartphone should perform. You’re not going to notice a lag in dropping icons if you haven’t really used a smartphone that does it fluidly.

That wasn’t just the fault of evaluators, as the proper processes were not in place but Nho said that issue has been fixed and evaluators now have a clear understanding of what LG wants to achieve. He also said he’ll routinely see evaluators put LG’s upcoming upcoming devices side-by-side with competitors’ devices. He was particularly proud of a blogger’s video which shows the upcoming Optimus 4X HD besting the HTC One X in some benchmarks even though the two have the same processors and modems.

Saw told me that even though the company is shifting, it is not going to lose its essential character. That includes the “Ppali, ppali” culture (“Hurry, hurry” or “Quick, quick”), an indelible Korean trait which LG believes will help it constantly push to innovate. LG is already seeing some of this pay off, as LG Chemical has produced a high-voltage battery which enables LG Mobile to put a 2,150 mAh battery into the Optimus 4X HD even though the battery’s size is roughly equal to that of the Optimus 2X, which was only 1,500 mAh.

But the “Ppali, ppali” culture can cut both ways, as Saw said the company was able to quickly get devices on the market which were technically equal or superior to the competition but these may not have delivered the user experience that was needed. He attributed this to a lack of creativity from a company that had been doing well for so long by operating in a certain way. LG now knows the “rules of the game,” and it is working with its R&D centers around the globe to ensure that it is approaching the issue with an amazing user experience in mind.

Creating this experience definitely involves having well-designed, powerful hardware that also has elegant software. I was very pleased with its latest Android skin on its high-end lineup because it looked really nice, was fluid in my brief usage and it adds some neat features.

For example, on the Optimus 4X HD, you can add real-time effects to video recordings, as well as zoom in on a specific part of the video while it’s playing. When you drag the video to skip forward, you’re given a little preview window to see what point of the video you’re at.

These are definitely small tweaks but I’m a big believer that small hinges can swing large doors. These subtle software pleasures add up. 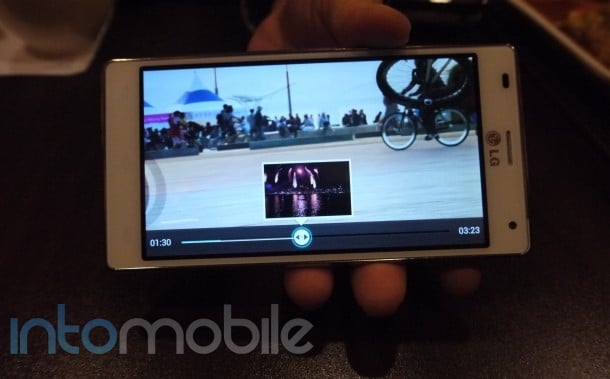 Can LG pull it off?

LG is often asked why Apple seems to get better components from LG than the company itself does and the answer is simple: money. LG Display is a separate company from the LG that produces the phones and it will do what’s best for its business. There is still some vertical integration between the two (roadmaps, etc.) but it’s not as simple as one division snapping its fingers.

LG still has a lot going for it in the mobile space, as it has a solid brand, is coming out with some very intriguing devices and it actually has a lot of 4G LTE patents. It’s also branching out into new things like content services to enhance its smartphone experience. Unlike troubled Research In Motion and Nokia, LG also has many other revenue-producing divisions to help fund its smartphone division, which finally turned a profit for the first time in six quarters.

LG said it will be going through some growing pains over the next few years but it’s confident that if it can keep up its energy and focus, it can surpass its former glory.

It’s going to be a tough road ahead for LG, though. Samsung and Apple are gobbling up the profits in the high-end space and that momentum doesn’t seem close to slowing down. Huawei and ZTE used to make extremely cheap and crappy devices but both are improving by leaps and bounds every quarter in terms of revenue and quality. Huawei will soon have its own quad-core phone and it event built the chip itself.

It’s refreshing to hear a company like LG openly admit that it missed the ball because it’s impossible to address a problem unless you can admit that there is one. The vision for a turnaround appears to be in place, so now it’s just about executing and delivering some fantastic products.

Let’s see what you can do LG.

HTC replaces their Chief Financial Officer, the one responsible for the Beats deal

Winston Yung, an Americanized name if we ever heard one, is no longer HTC's Chief Financial Officer. He's been replaced...