Last month we filed a report that said Baidu was going to release a Foxconn manufactured 1,000 RMB ($160) smartphone with a 3.5 inch screen. Today, that device becomes official. It’s called the “Changhong H5018” and it runs the “Baidu Cloud Smart Terminal platform”. Here’s how to think of this thing: Google started out a search engine, then built services, then released Android, and then finally started the Nexus program whereby they selected a company to make a “Google Phone”. Baidu is the Chinese version of that story. Last year Baidu partnered with Dell to release the Streak Pro D43, and now they’re partnering with Changhong to come out with the H5018. It’ll be sold through China Unicom, the world’s third largest operator, and that 1,000 RMB price tag can’t be ignored. Sure, Apple is making money hand over fist in China with their $700 iPhone, but most folks in China can’t afford that. 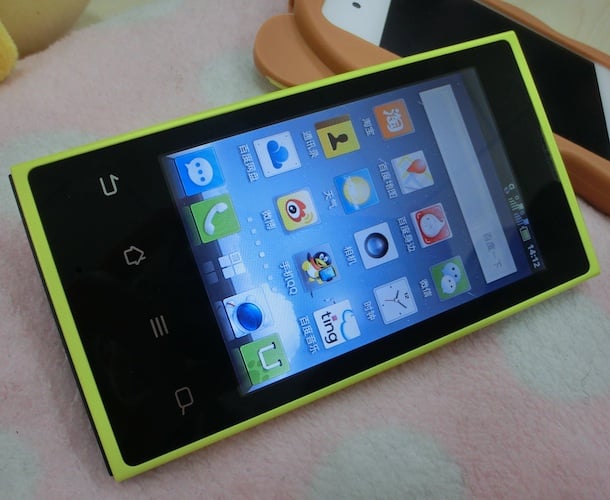 What does this news mean for you? Nothing really, but it highlights the current situation in China that most people are ignoring. Similar to how Japan has phones that never leave their small island nation, it’s starting to look like the same thing will happen to China. That means that the players who are already well established in Europea and America will have a harder time penetrating a market of 1.3 billon people since those people be buying locally produced phones running locally produced software.

Back to the Changhong H5018, we’d like to point out that this thing has an uncanny resemblance to the Nokia Lumia 800. And the capacitive buttons on the face of the device should make it obvious that the “Baidu Cloud Smart Terminal platform” is nothing more than Android stripped of Google’s services. That essentially makes the H5018 a fake Nokia running a custom Android skin.

How can you not love that irony?